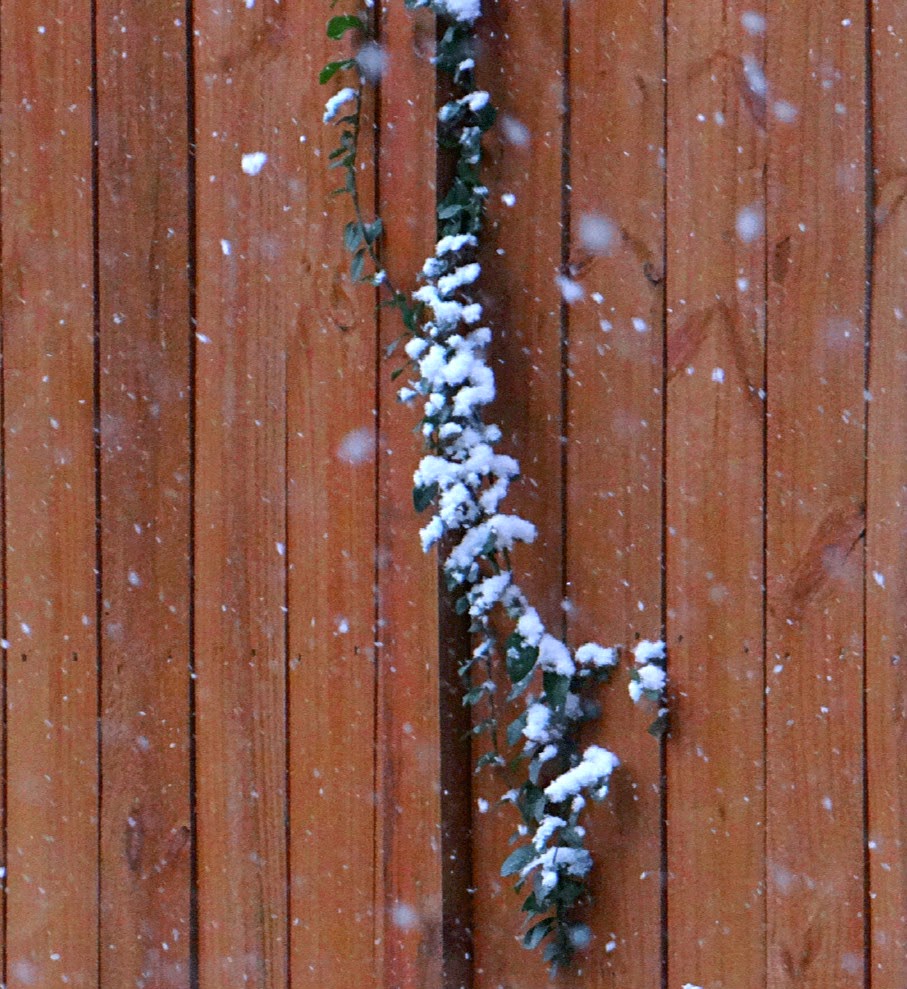 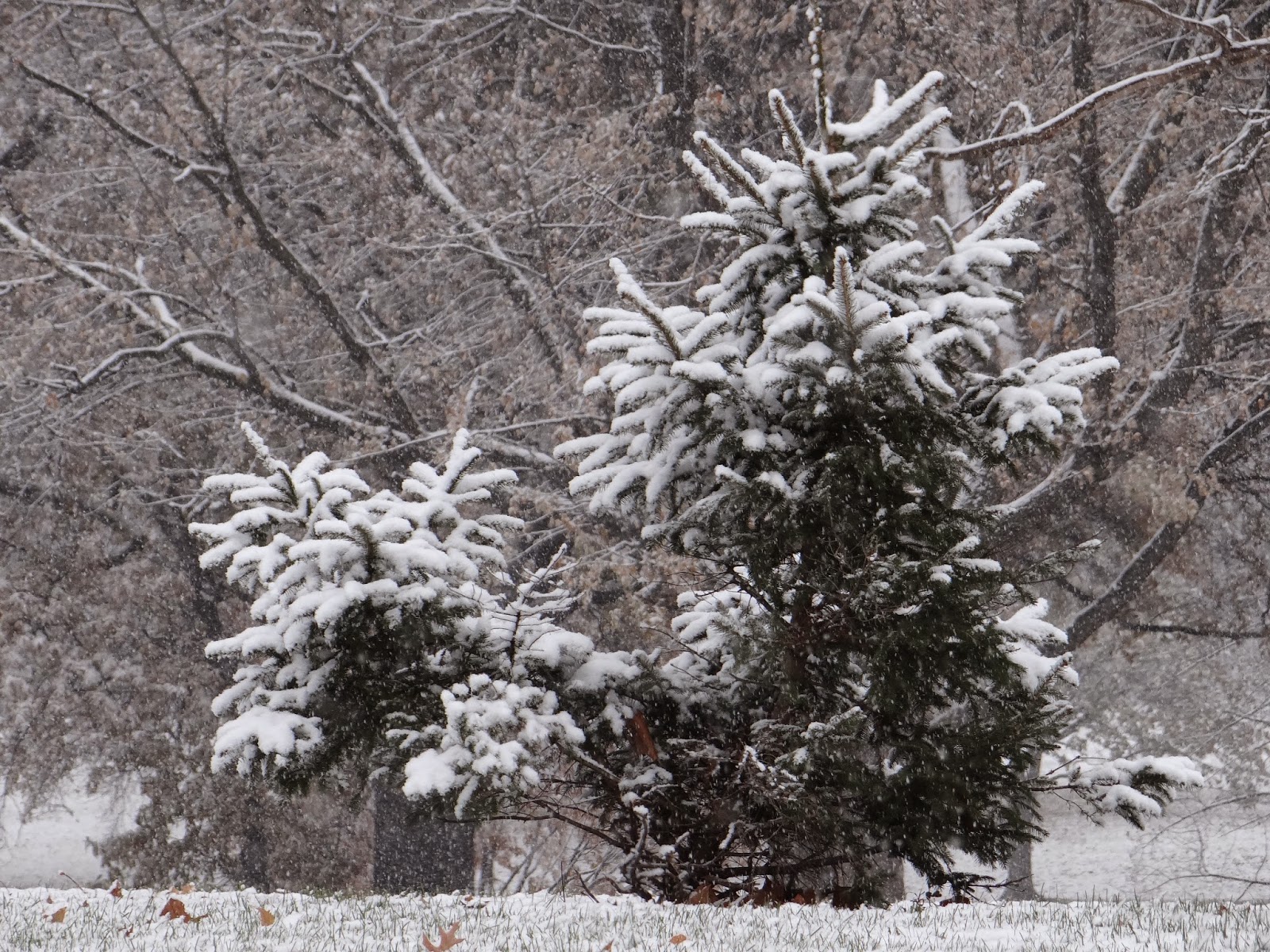 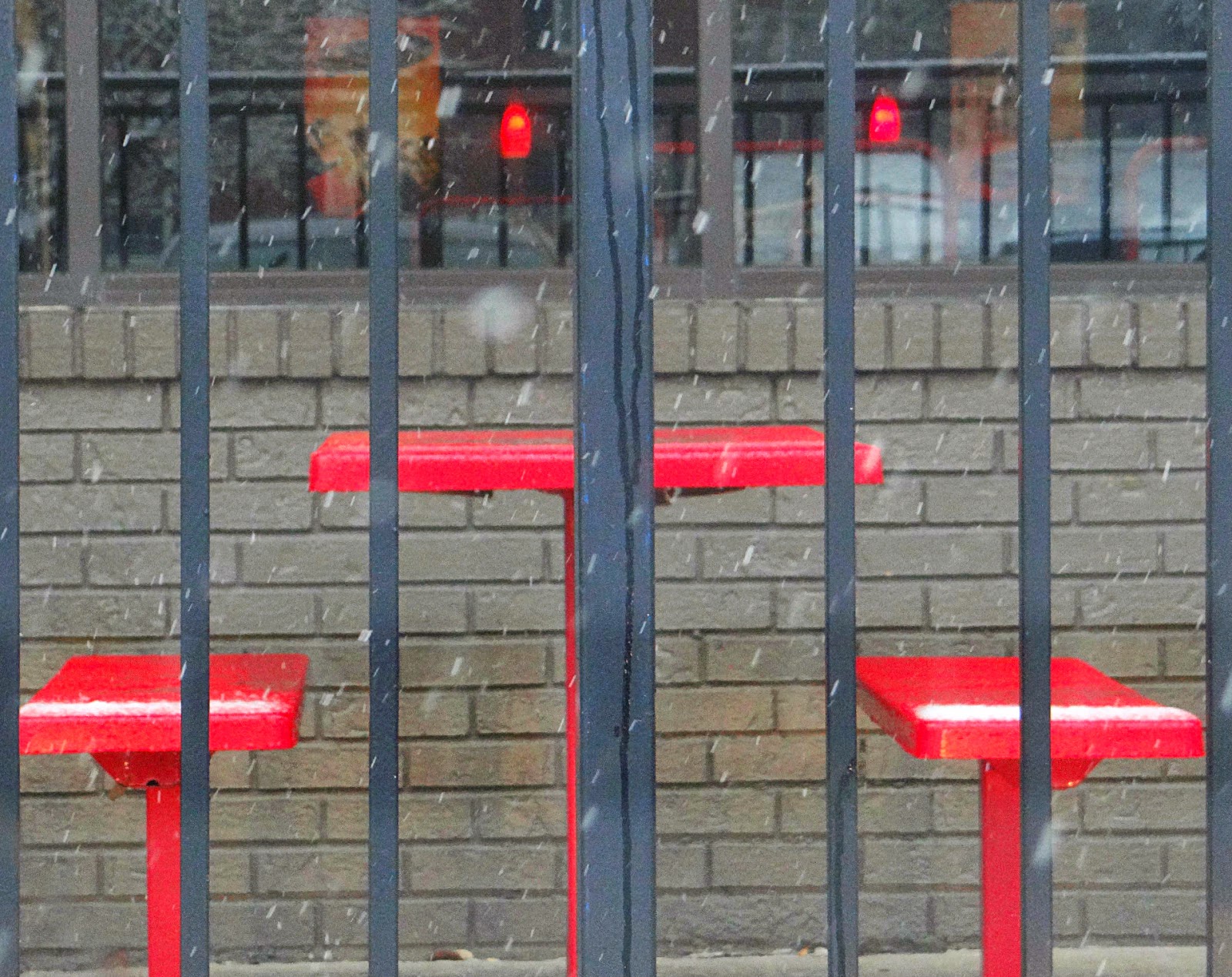 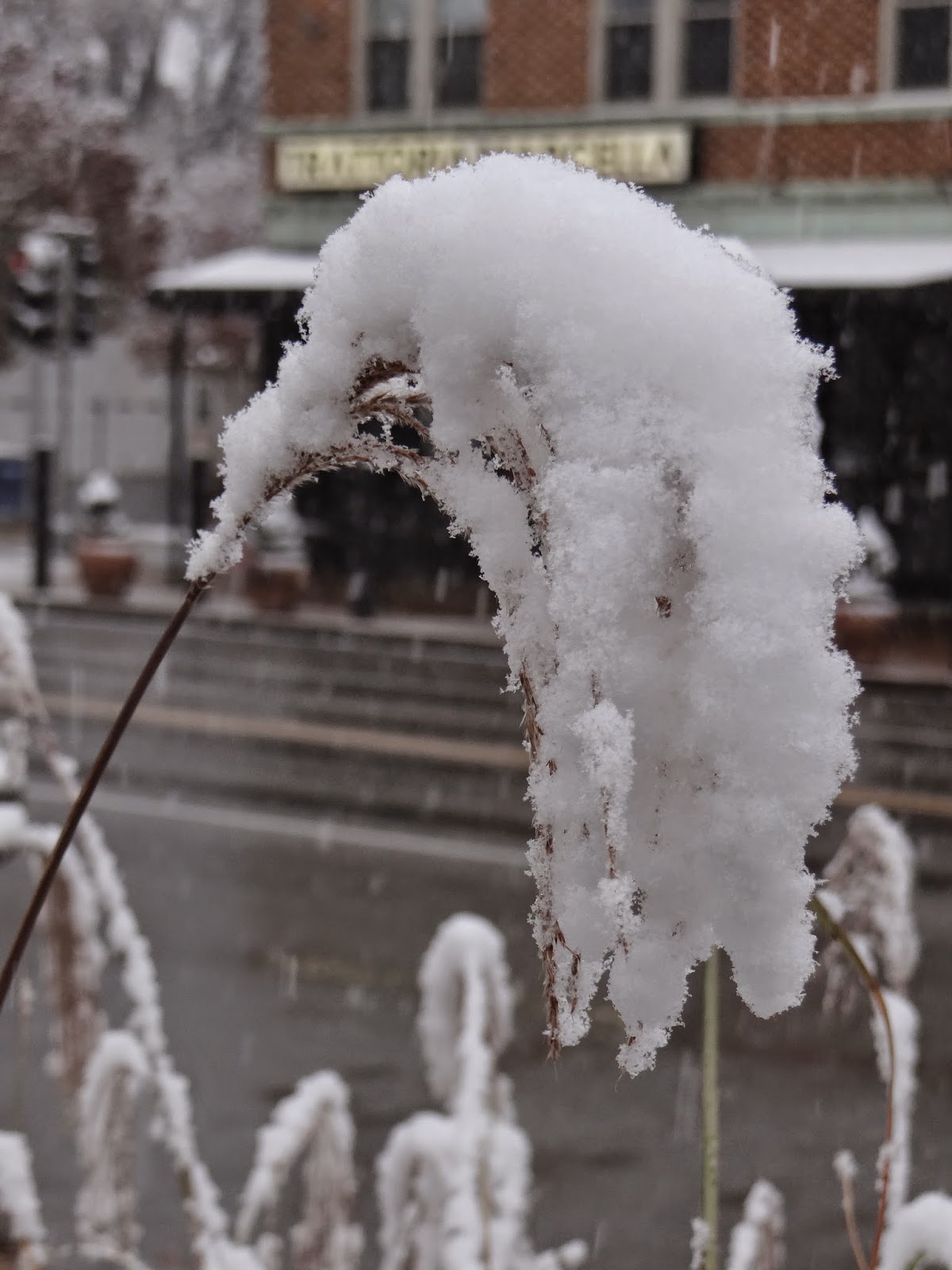 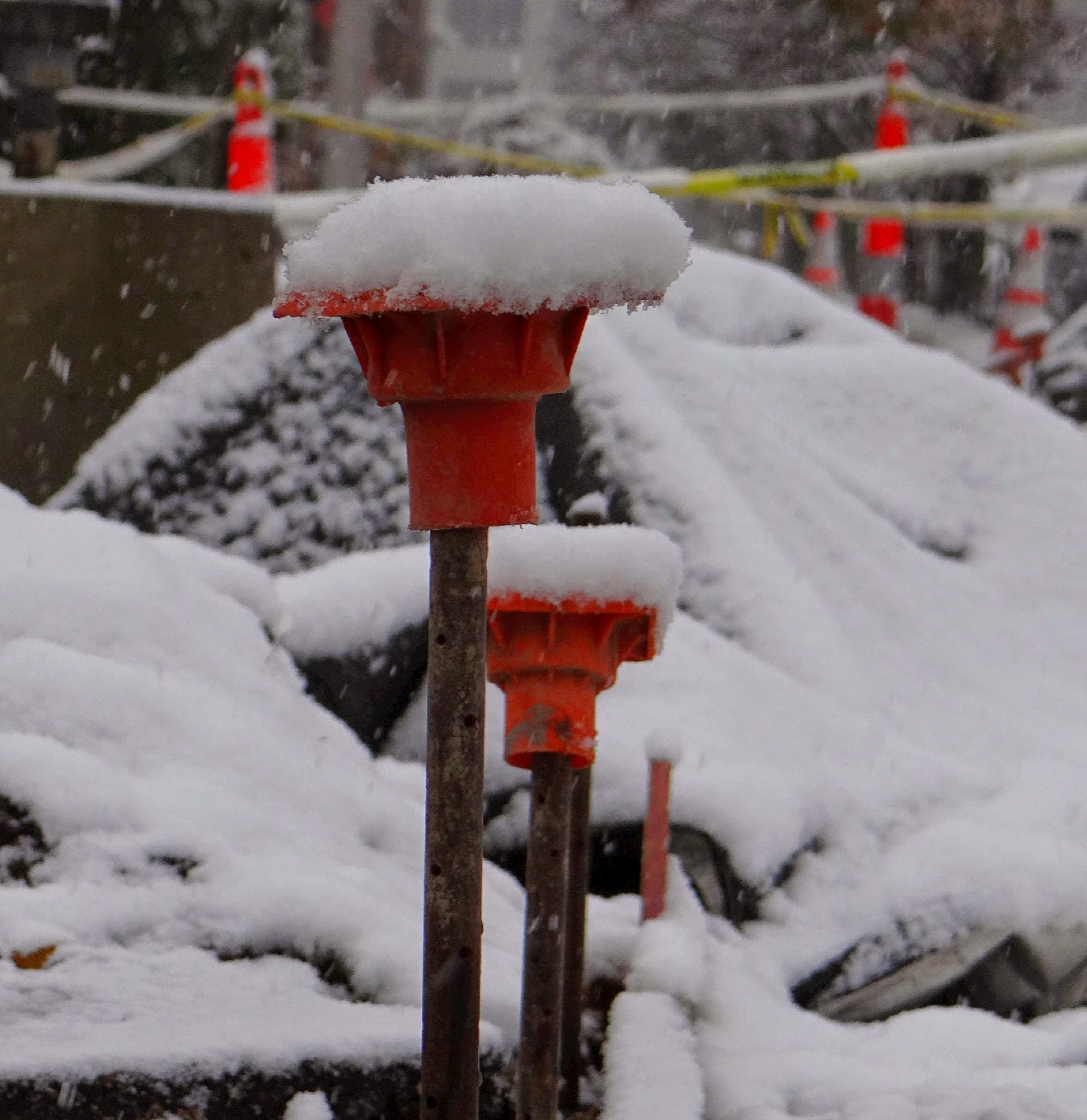 If ever there was a doubt as to my being a flatlander by birth let it be put to rest. 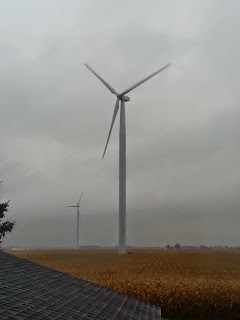 This is the view from the window of the bedroom I called my own while growing up in Mid-Michigan. There are a few less trees and the wind turbines are a recent addition, but this was/is home.

The big news while we were there was Dad's sugarbeets were harvested. 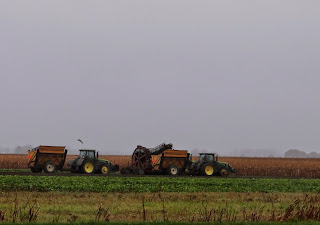 Farming has changed much in during my sixty plus years on the planet.

Of course, I never need an excuse to go back to Michigan and visit my Dad. Still, this time we did have one. Some folks came up with an idea for a 5K timed obstacle event utilizing agricultural themes for the obstacles. I thought it a great idea and wanted to see it. Heather toyed with the idea of running in the event, but decided she'd rather observe this year and if there is a next maybe give it a go then. 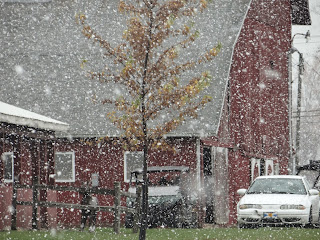 It was a whirlwind trip. We arrived late Thursday evening. Friday we scouted out the venue for the race. This is what the weather was doing when we got there. None of the snow stuck. Heather was not regretting her decision not to run.

We spent the rest of Friday driving around. I had the idea of taking a photo of the great mounds of sugarbeets waiting their trip to the processing plant. I forgot they just look like giant piles of dirt. Impressive? Yes, in a way. Photogenic? Not in the least. I took a pass on my idea,

I did see this old shed. There aren't many older out buildings left in my Dad's neck of the woods. There isn't the need for them with no livestock and the grain, corn, and beans being stored at the elevators. The few left are either immaculately taken care of, or more often, falling down. 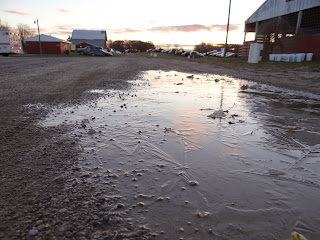 Saturday was race day and it dawned clear and cold. Temperatures were in the low 20F's. 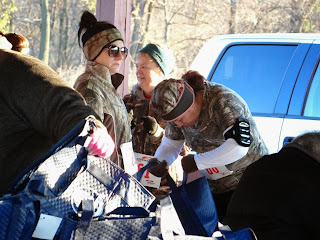 Even though we didn't race, we had ordered shirts. The real participants got a bag of goodies. As we were waiting around Heather was regretting her decision. She looked at me ten minutes after we got there and said, "I should have run this thing." 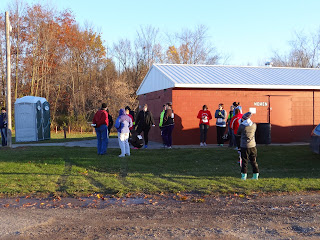 Did I mention it was cold? Actually, it wasn't bad for those of us layered up for being sedentary, but it looked like not much fun for the racers. They weren't dressed for standing around.

And then they were off. 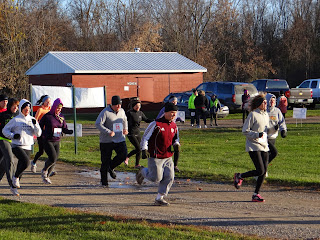 It seemed the first obstacle was one of the hardest. 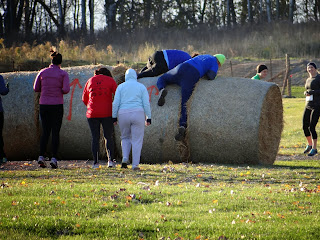 Heather is trying to figure out a way to practice this before next year.

Some of the other obstacles were crawling under barbwire, carry buckets filled with water, running with rectangular bales of straw ... 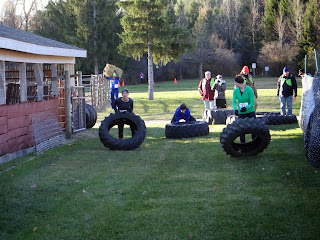 There was flipping tractor tires ... 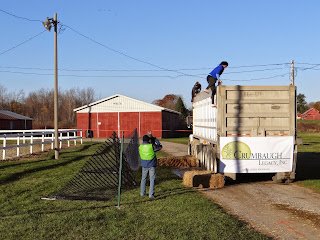 Climbing up one end of a truck full of shelled corn, running its length, and then climbing back up and out ... 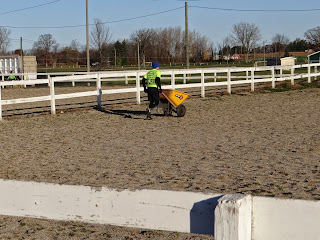 Pushing a wheelbarrow around a sandy corral ... 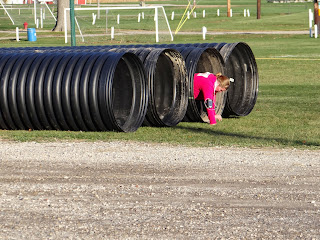 And crawling through culverts.

From what I overheard the participants had a blast. There only complaint was how cold it was. The organizers had already made it known they are planning on moving the date of the event to earlier in the year. Heather is still psyched and I have to admit a wee twinge. I mean it could be an interesting way to celebrate turning sixty-five.

After a couple of hours in the cold it was back in the car for the ten hour trip home. 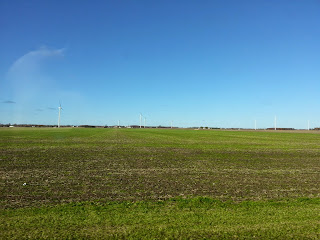 Autumn is here, but mostly the colors are just beginning. 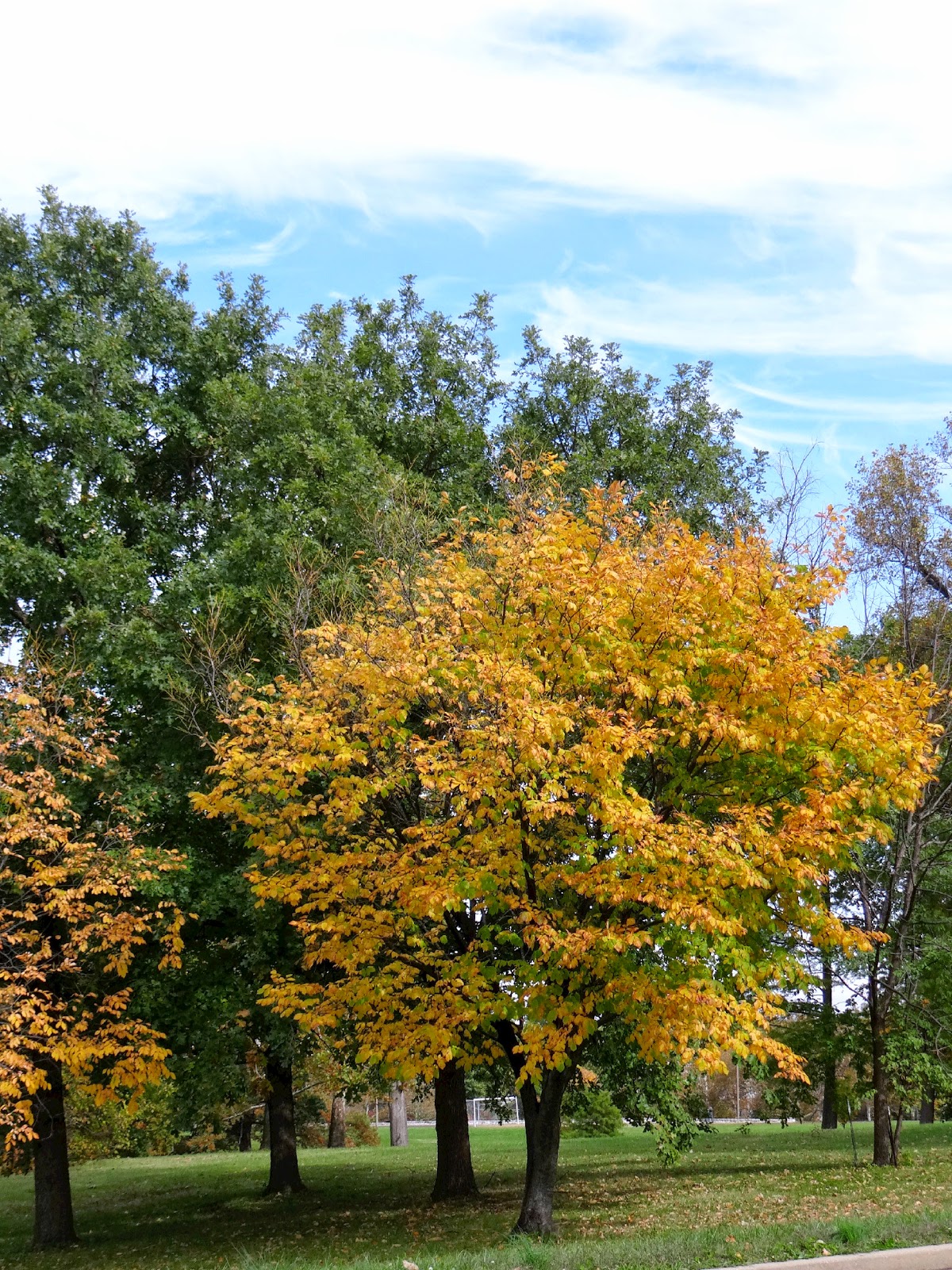 Sunday was gorgeous. Lots of blue sky, but plenty of clouds to add interest. 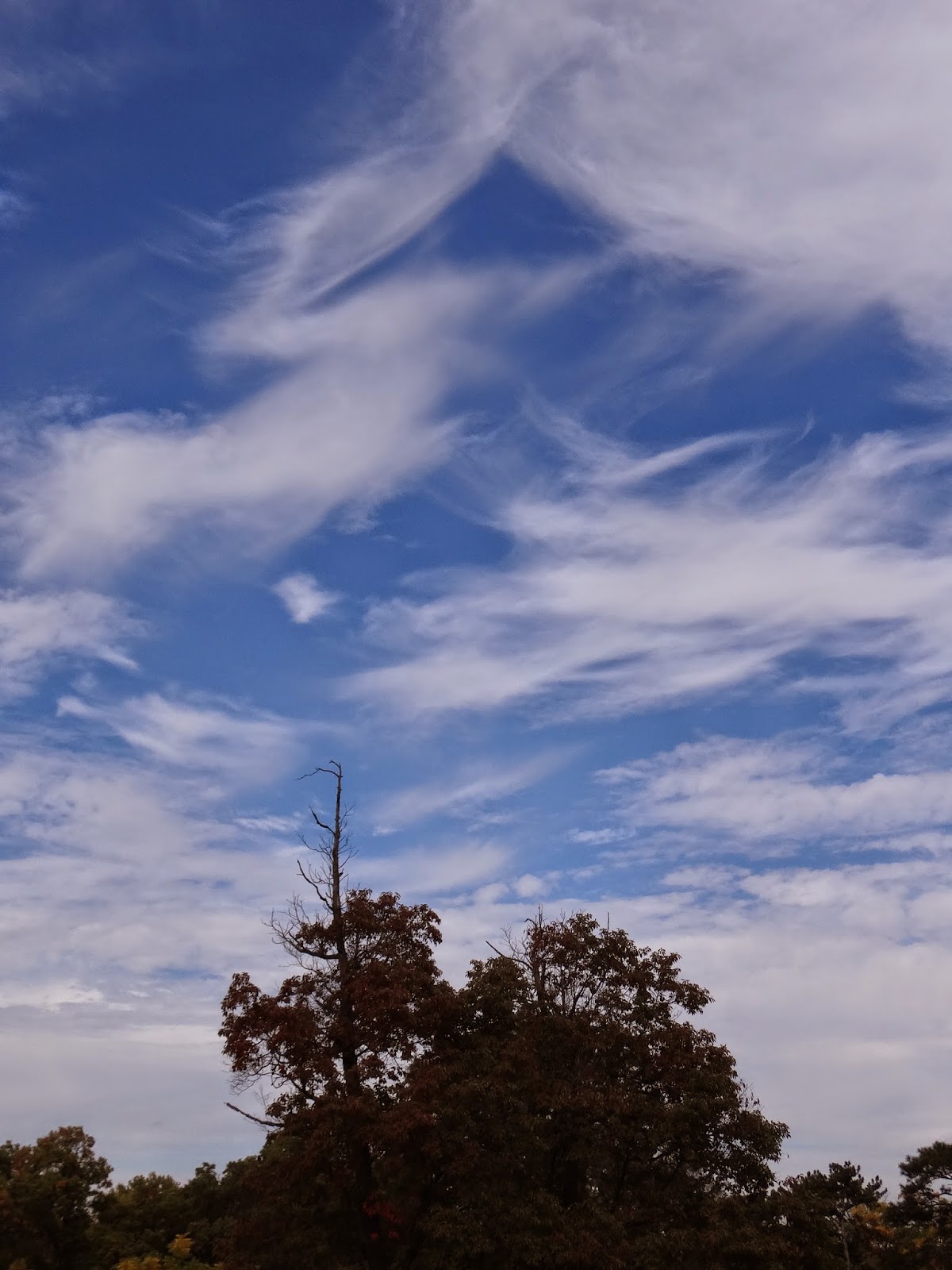 I thought these clouds looked a little like Kanji. 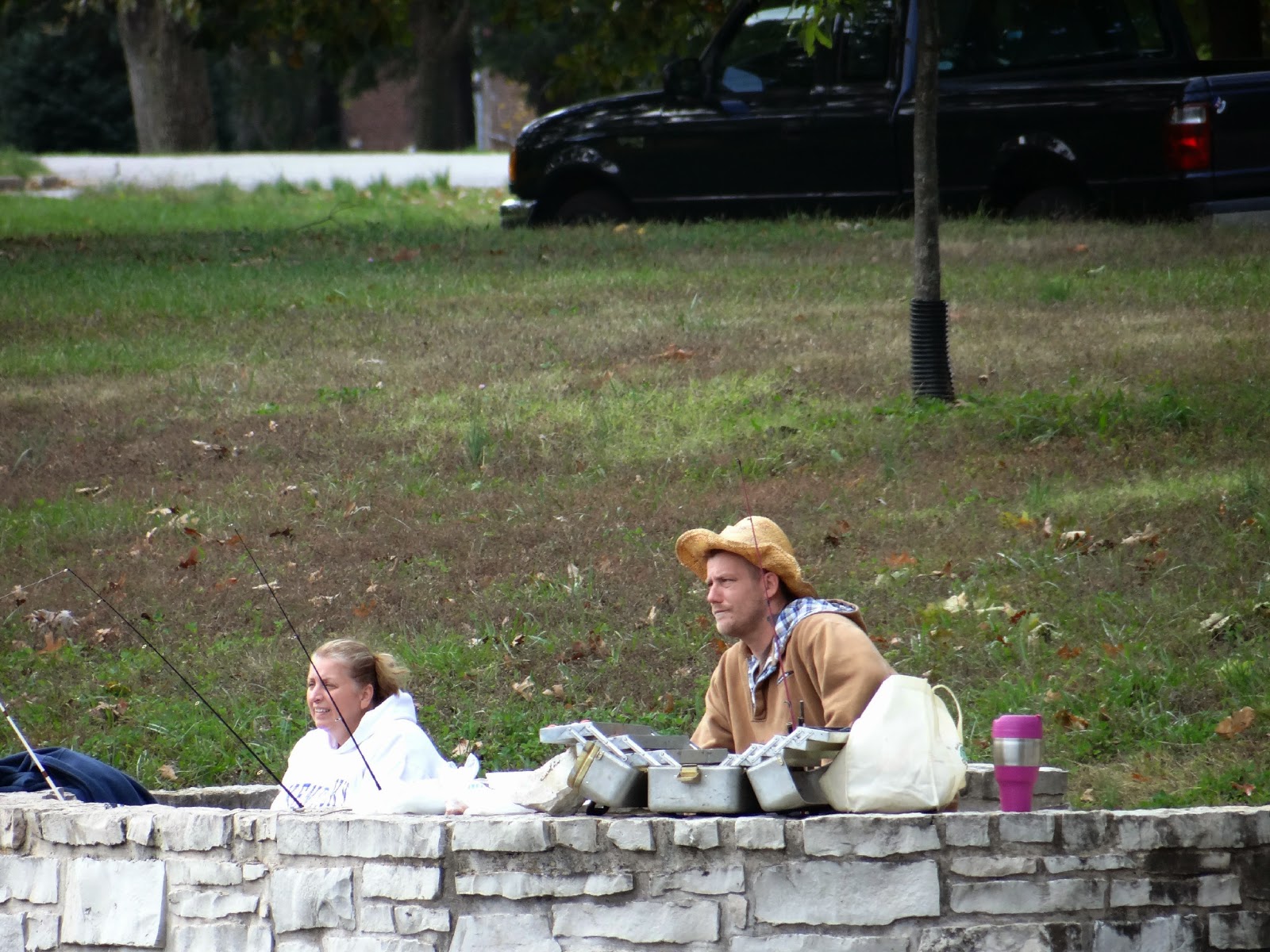 Lots of folks were fishing in the Lake and the pond. 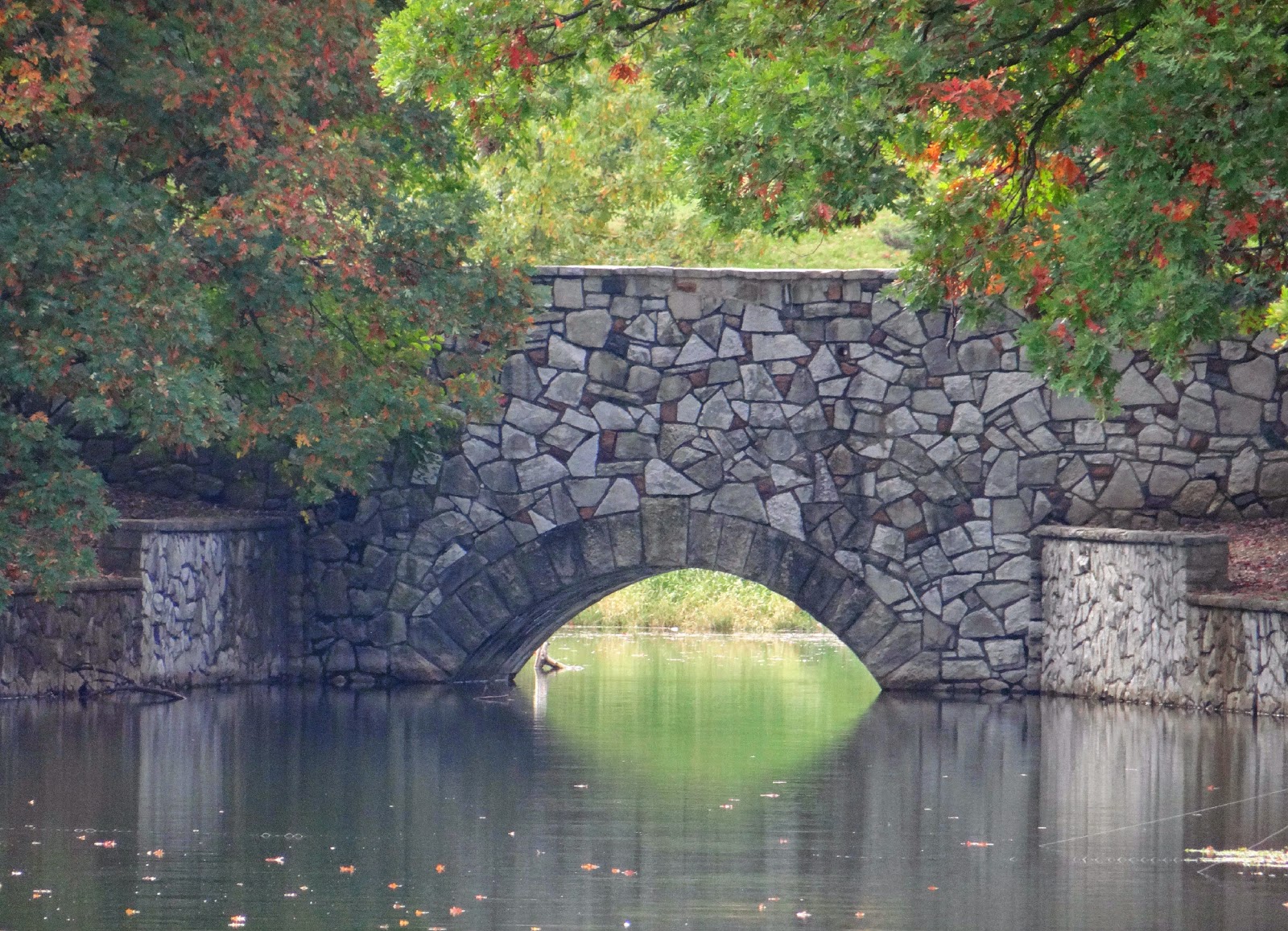 If you look close you can even see a couple of fishing lines in the bottom corner of this photo. 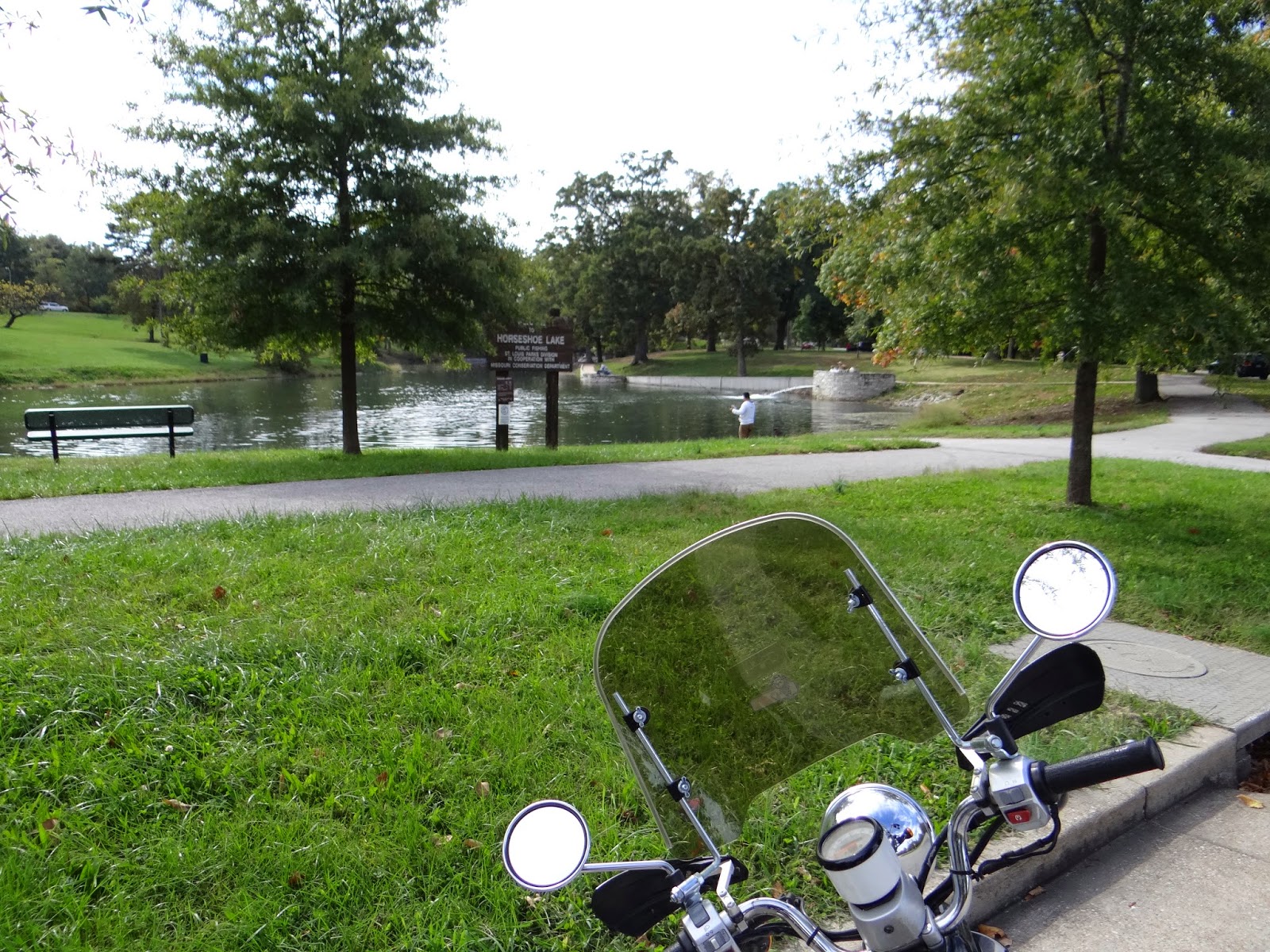 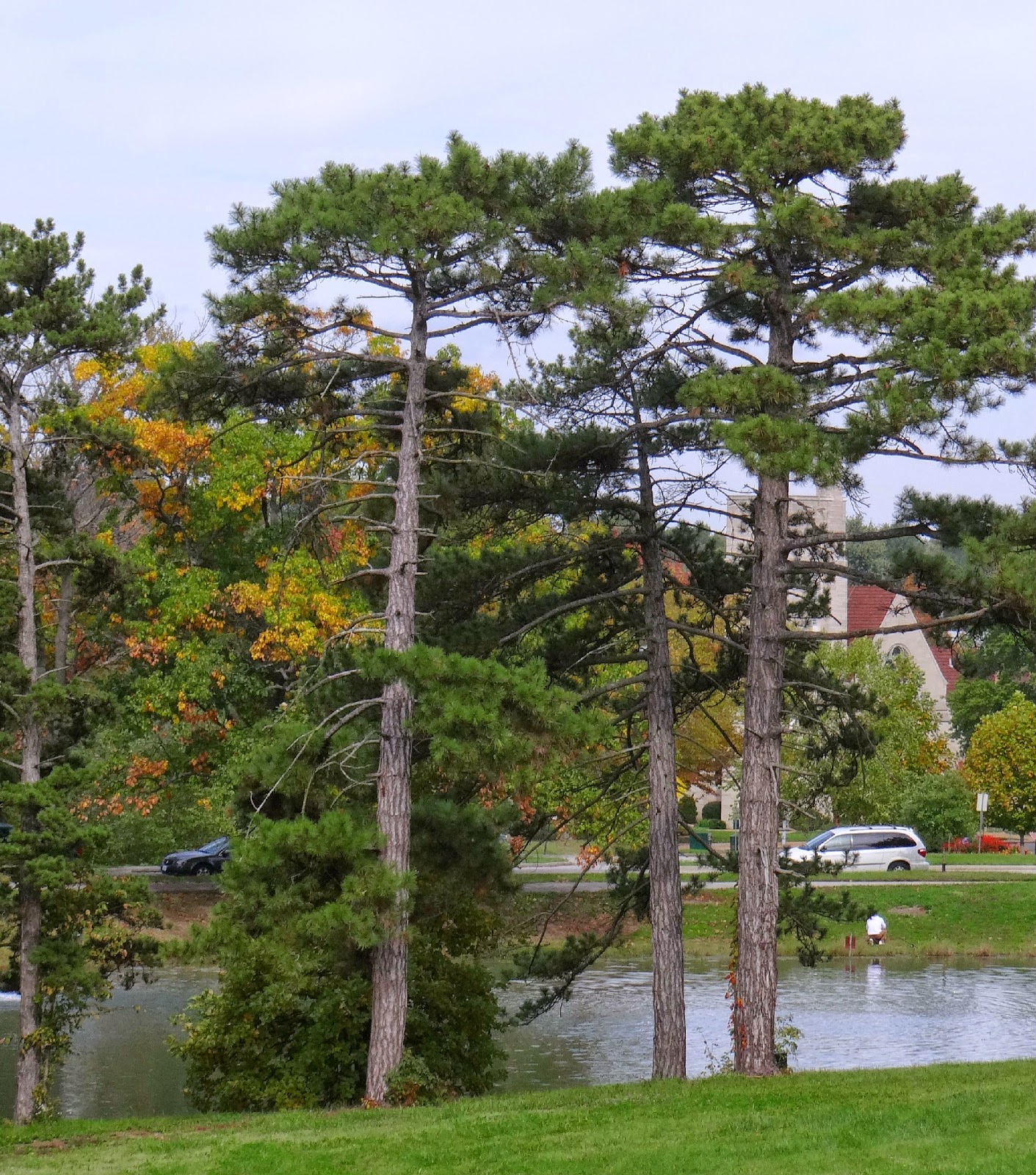 It Is The Weirdest Thing

It is the weirdest thing. When I drive over to visit my son and his family I take a wrong turn nearly every time. When my Daughter was in town and driving us to my Son's house I had her turn at the wrong place. Yet, when I ride I go directly there. What's my take on this? It is more proof of my mind being more engaged and functioning from a different place when I'm riding. Chris, over at Everyday Riding, has told me there was a study done in Japan showing those who commute to work on their motorcycles had a lower incidence of Alzheimer's than those who drive. He linked it for me, but I can't find it. Hopefully he'll pipe up.

My Daughter during her recent visit commented on her biggest worry about my brain injury is the unset of dementia. My response? What can I do except live my life? I'm definitely a candidate for having Chronic Traumatic Encephalopathy (CTE), but since it can only be definitively diagnosed postmortem I'm in no hurry to find out. CTE and Alzheimer's are different maladies. One birthed of trauma, the other not. Both progressive. 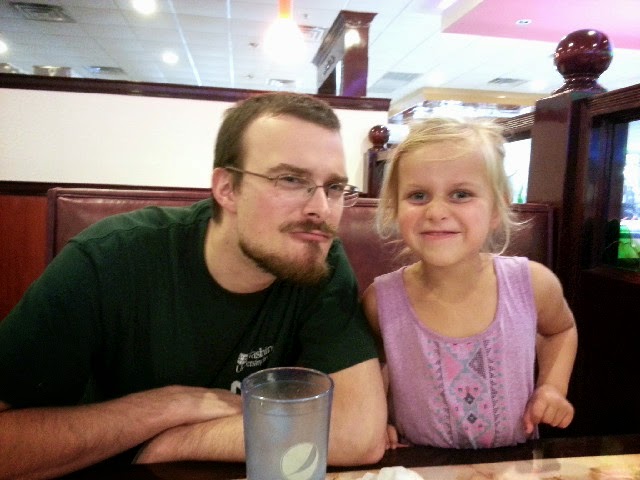 I will try to always ride to visit my precious ones for as long as I am able and know who they are. 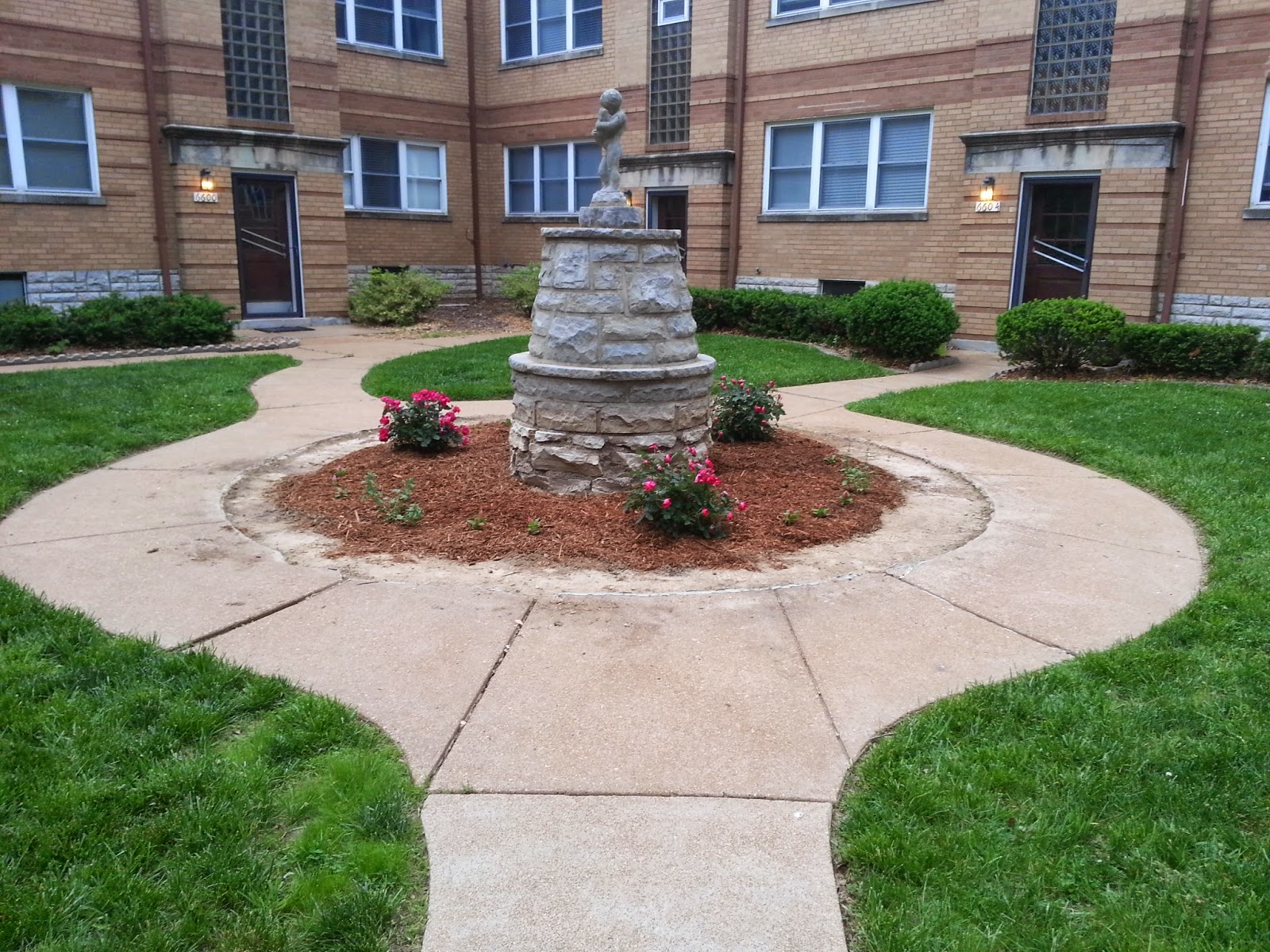 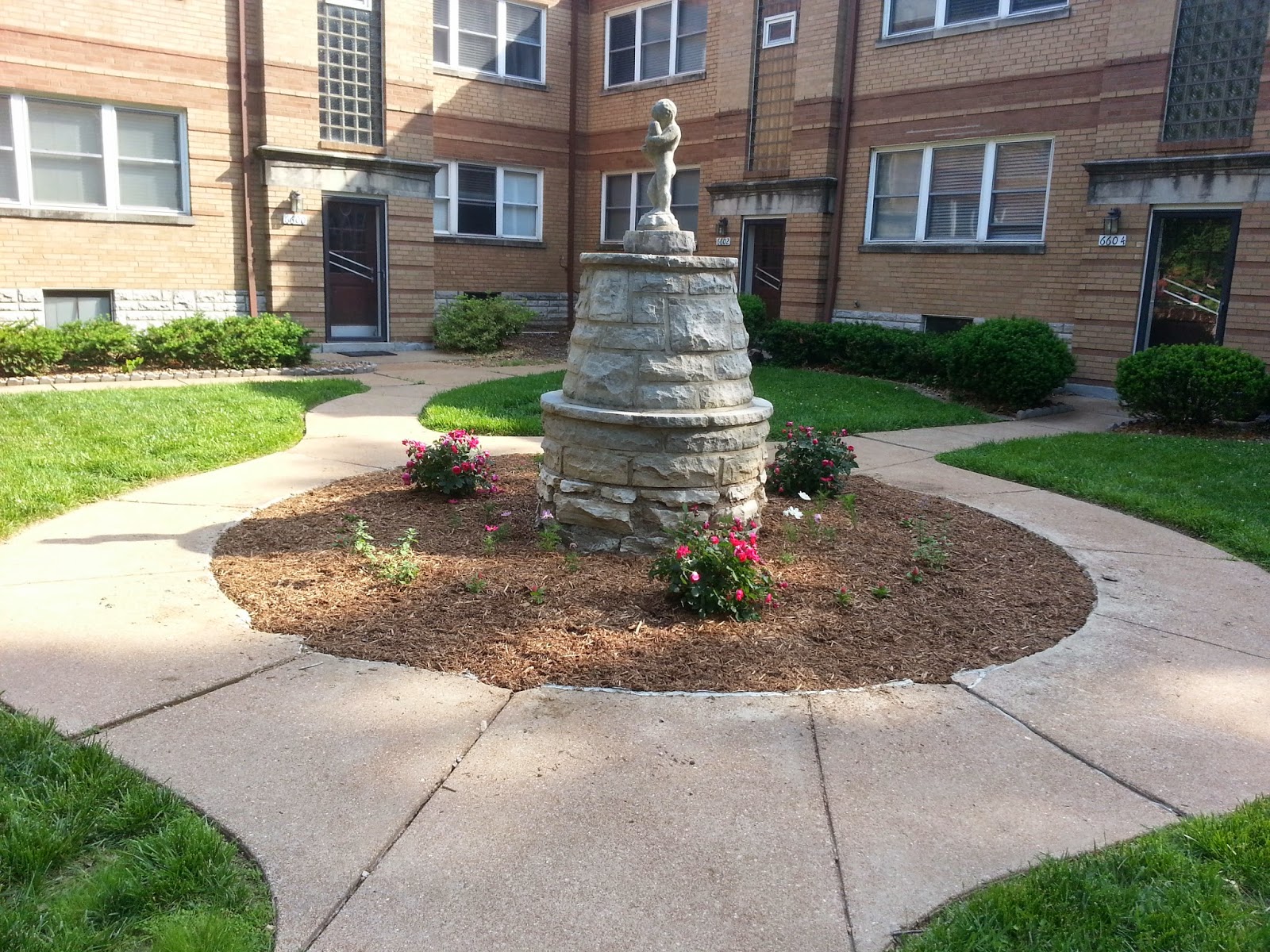 Heather and I spent the day at Cahokia Mounds Saturday. It is a UNESCO World Heritage Site. You can click here to learn more. 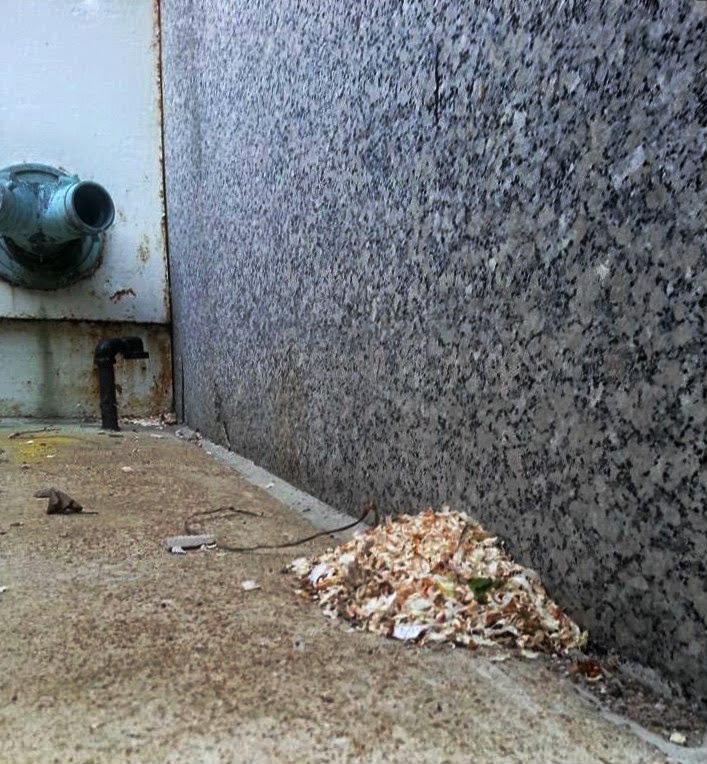