The temperatures rose to above 0F/-18C and my temperature seemed still normal so armed with my favorite weapons against snow I ventured forth.


The enemy really wasn't all that much, I have faced worse. 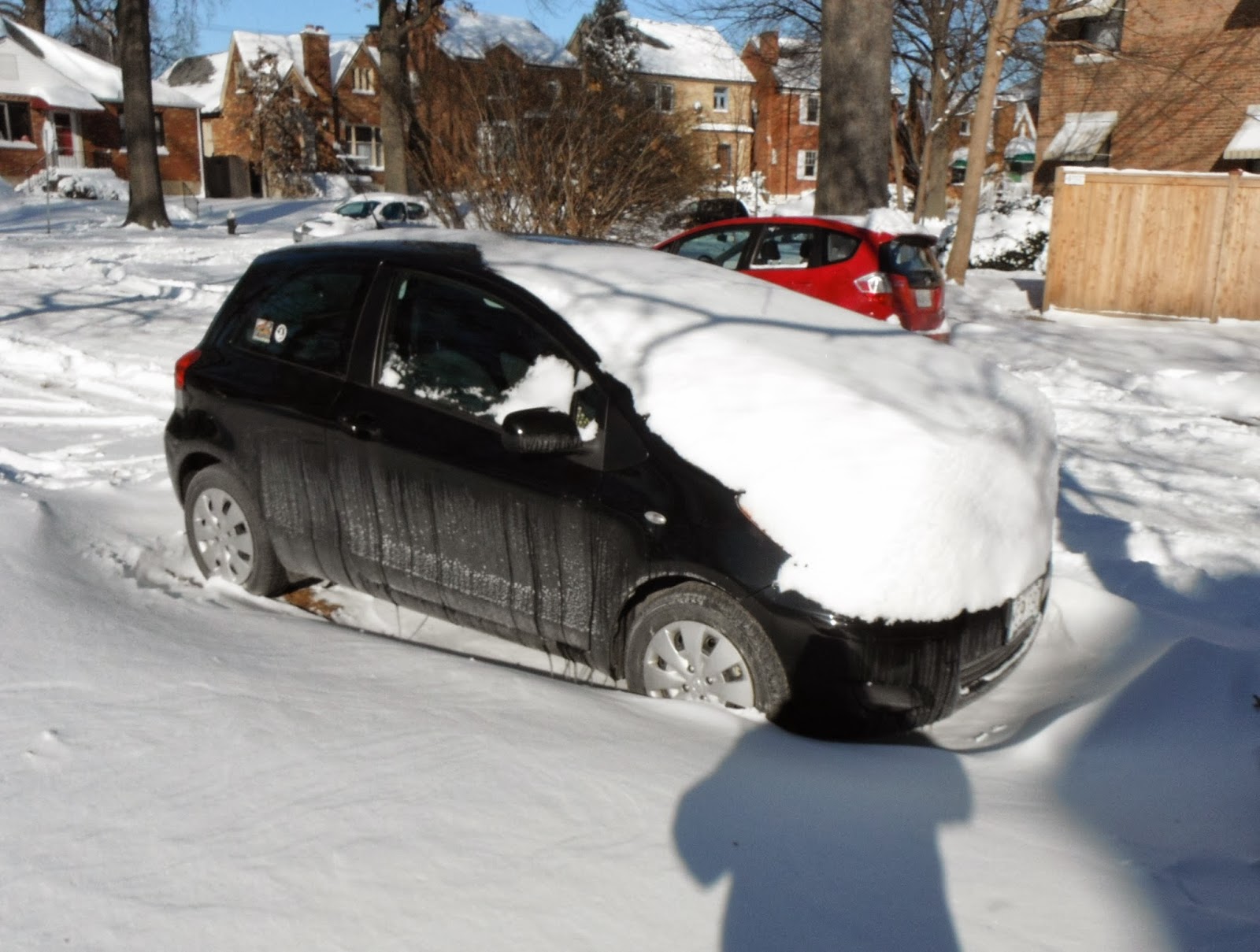 I made short work of this. The snow was fluffy and light. 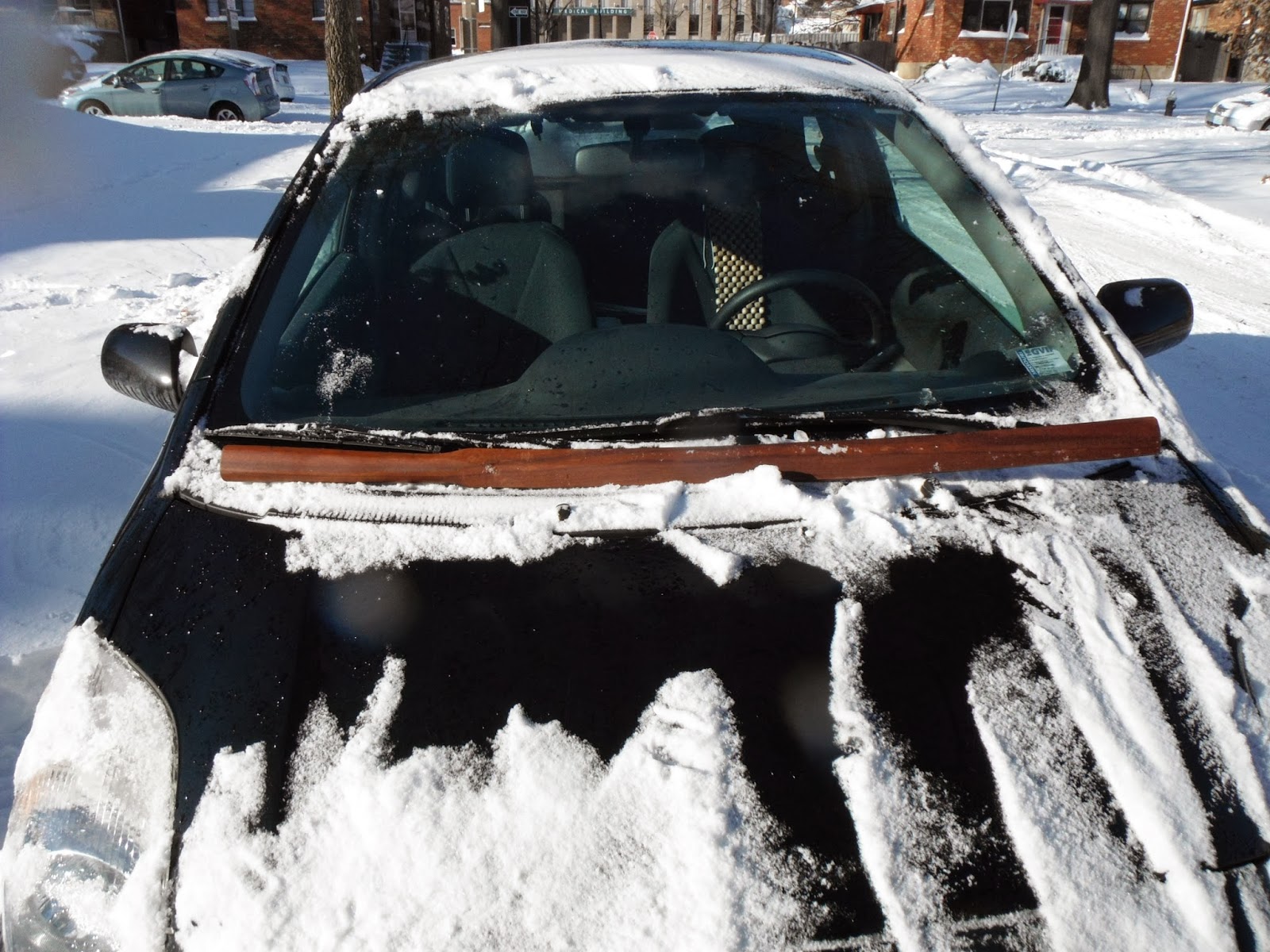 Actually, I semi-cleaned off two other cars before I was done. Now, I'm back to drinking lots of fluid, resting, and staying warm and cozy.

And what of the snow goddess?


She made short work of clearing a path from the garage to the alley. And then, having freed her red chariot she went into work.

I found out a little while ago the Courts are closed again tomorrow. I am grateful. It will give me another day to rest up and get ahead of the curve on this pesky virus.

And so it begins. 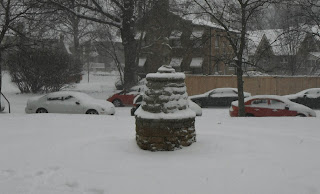 It started later than predicted, but once it got here it began to dump the snow. 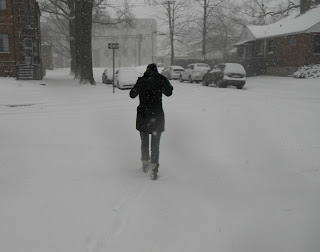 Since the temperature was still 23F/-5C and the predicted wind hadn't yet manifested itself, we decided to walk over and see if the Cafe was open. 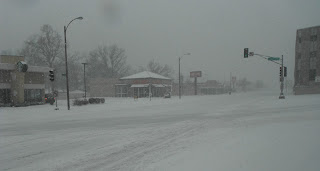 There wasn't much traffic moving. 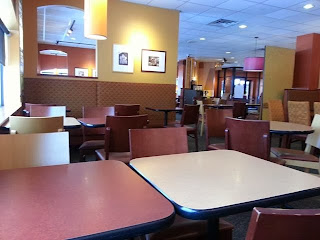 We had the place pretty much to ourselves. Not long after we arrived word came the Starbucks across the street had closed for the day. While we were there a few more folks came in, but I suspect it won't be long before they close it up too. 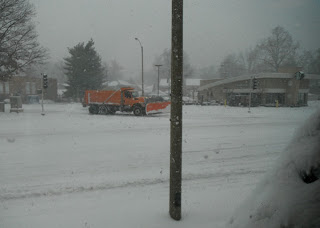 The snow plows were out on the snow routes. The City doesn't plow the side streets. This makes for quite the adventure whenever there is snow. I moved here in December of 1987 and this may turn into the biggest snow event I've experienced since I've been here. It may be awhile before I can get out of my street. 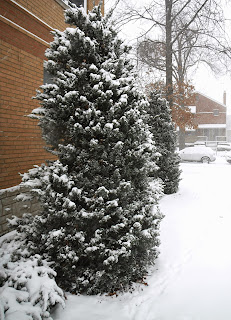 I considered taking the Symba out into the alley and to play a little, but just after we got home the wind came up. Listening to its howl gave in the idea it might just be best to hunker down. 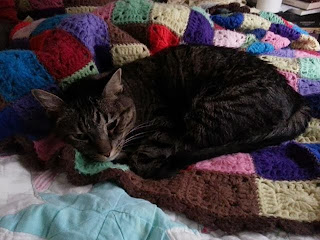 Yes, like Steve I decided it was a good day to spend in the company of a trusted friend.

The projection for total snow accumulation continue to go up and the projected high temperature for tomorrow continues to go down. Right now the forecast is -4F/-20C with a windchills as low as -33F/-36C. This is not the type of weather people are accustomed to in this area. I've been hearing the sirens from emergency vehicles way too often this morning. Folk here, while they panic at the slightest forecast of snow, don't really have an appreciation for how dangerous Real Winter can be. I grew up with it and still at times miss it, but I know it can be a killer. The good news it is snow and not ice. Those with heat will have heat.

There is a man who literally lives on the street behind the Courthouse I work in. He is no bother. He is in his own world carrying on a running conversation with those unseen. People watch out for him and I suspect he's been "picked up" and will be where it is warm, but there are others. So many people at risk when the weather goes cold. I hope and pray there are none who end up giving a gruesome twist to the old tag Episcopalians used to be given, "God's Frozen Chosen."
Posted by Keith - Circle Blue at 1:26 PM 10 comments: