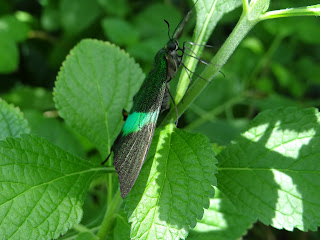 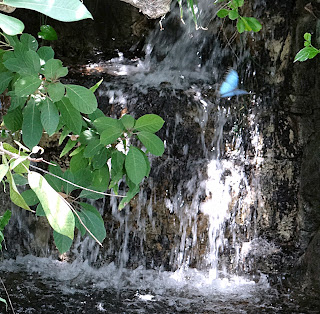 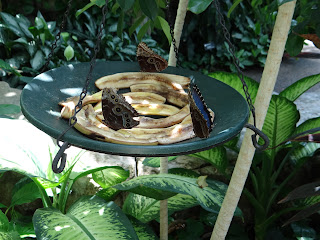 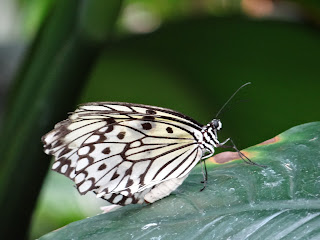 And here's a link to learn all about the Butterfly House. It was our first visit. We don't plan on it being our last.

A Wave and a Little Buzz

I make it a point to wave to every motorcycle or scooter rider I pass. Most wave back. 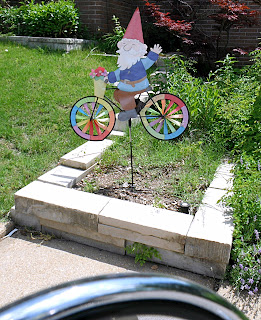 I pass this guy every morning on my way to work. He always waves.

This guy is new. 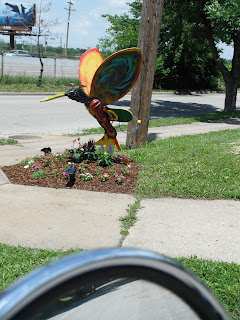 It is on a street I frequent. It appears they have spotlights on it. I need go back and check it out at night. I like the materials used. Nice. 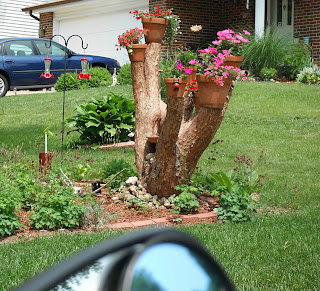 All week our area managed to miss out on the violent storms others were experiencing. Friday evening the luck ran out the northern part of the City, County, and St.Charles County. (You can read about the storms here, and see photos of the damage here.)

I was at Neve Shalom for Friday night prayers when the storm front moved through. There weren't many of us. My friend Will was leading. Earlier when I had walked in there was only he and his friend. He said, "It might just be the three of us." He admitted he had thought about canceling the Service because of the possibility of severe weather. I, too, admitted I almost hadn't come, but not because of the weather. I was exhausted from the work week and navigating all the changes occurring in my life. I understood where he was coming from though, it is rather disconcerting when driving past the MODOT information signs to read, "USE CAUTION SEVERE WEATHER AHEAD." By and by, two other souls braved the night.

We weren't far into the prayers when the warning to take cover came. Neve is now located on the lower floor of a highrise apartment building. We moved into the center of the building where we were joined by a slow trickle of residents. Will brought his guitar and played. The rest of us kept an eye on our smart phones and talked to loved ones. Eventually we did Kiddush and motzi. All the while the weather action stayed to the north of us.

This scenario was a little eerie for Will and I. We both had been at Neve on another Friday night not so very long ago, 22 April 2011. This was the night of the Good Friday Tornado. (You can read about it and see photos by clicking here.) Neve Shalom was located in the basement of another building at the time. And once again the storm stayed to the north of us.

My son, daughter-in-law, and granddaughter live near where the tornado in St.Charles County hit. I was worried until I heard they were safe. As is so often the case with the weather here, this evening's storms were isolated and fast moving. Heather stayed home. At the condo there was only heavy rain and maybe some small hail, but nothing we'd call severe. It was pretty much just a Spring thunderstorm. 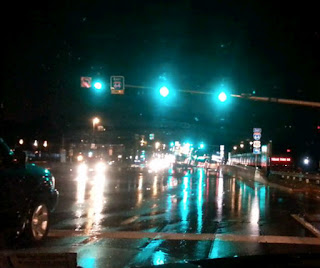 I drove home in a steady rain, the worse was long past.

Today it looked threatening for most of the day, yet there was nary a sprinkle. 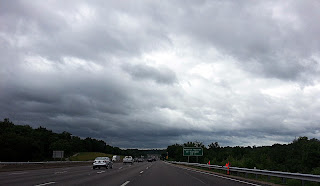 I even thought about going for a ride. Instead I did some chores, ran some errands, read some blogs, and rested up. Tomorrow the weather is suppose to be ideal for riding. That said, this is the Heartland, and here it is always best to wait and see.
Posted by Keith - Circle Blue at 6:06 PM 13 comments: