And, there was this guy.

And, of course my favorites.

It must be Halloween.

A Bridge in Forest Park

I'm told Forest Park is the seventh largest urban park in the United States. Heather and I have spent time walking the trails. But last Saturday we decided to explore intensely the area of the Park near Grand and Union.

It was a beautiful autumn day and the colors were beautiful. There was lots to see. 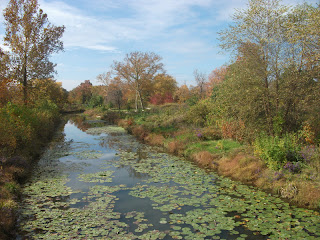 But, I was captivated by a particular bridge. 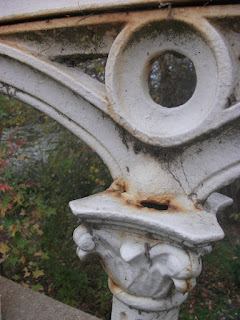 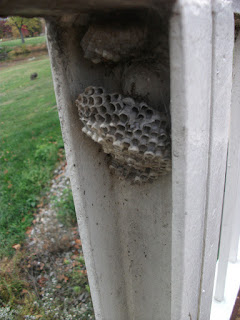 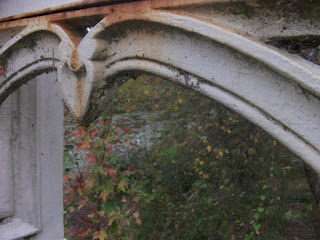 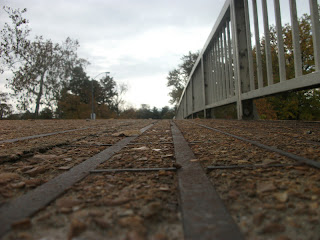 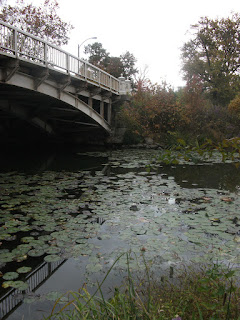 It is a joy to make a friend.

I Still Think The Mirrors Are Ugly

Let there be warmth. 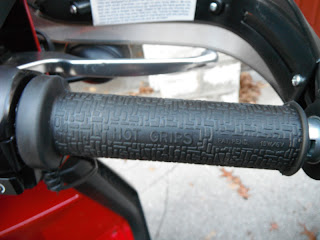 But what about the wind? 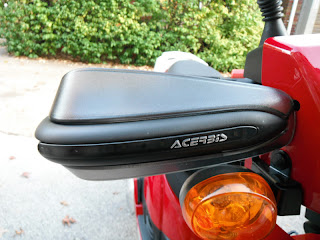 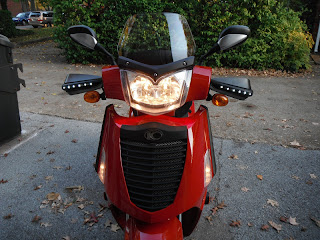 I still think the mirrors are ugly, but I can live with them for now. I think some "Can you see me now?" TLC for Isabelle's tush is called for. Hopefully that will happen sooner rather than later.

Let There Be LIght, Part 2

Thanks Mike! Not only is she brighter, I think she looks more intelligent, don't you?
Posted by Keith - Circle Blue at 8:43 PM 8 comments:

I Don't Think So

"You one of those BMW riders?" He was dressed in jeans, a leather jacket and a Harley dew rag.

"Nope," I responded and waited to see where this was going to lead.

"I just wondered, they got some big thing going on this weekend." He thought a moment, "Maybe that was last weekend."

I told him I was on my way to the Fort Davidson Historical Site. He asked where that was. I said near Elephant Rocks State Park. "Oh, it's that Civil War Thing," he said.

"Yeah, that's it." I agreed. I told him Heather, my companion extraordinaire and I had been down there playing on the rocks a few weeks before and I'd noticed signs for it. I'm into history. Heather not so much. I had a day off and had decided to ride out and take a look. I told him I was riding a "two-fifty", but didn't mention it was a scooter. "Good fuel mileage is important to me," I told him.

"Geez," he said, "I got a vintage Corvette. It drinks the gas and it uses Premium!" It seems his brother had talked him into getting the Corvette so they could go driving to rallies and such things. It sounded like fun to him and both he and his brother got Corvettes. And, it was fun for the first couple of years, but now his brother only wants to do one rally a year and the Corvette pretty much sets in the garage.

He went on to tell me it was his brother who got him started riding. It seems the brother came up with the idea of them buying Harleys. With the Harleys they could go riding with each other. It worked that way the first year. They went to Sturgis. They rode out West. But, now he has to beg the brother to go riding.

This past Spring his brother called and suggested they take up golf. "You know," he told me, "I thought about it. And, I thought about the Corvette setting in my garage. I got a ton of money in it. And, I got way over ten grand in my Harley." He paused, "I told him, I don't think so."

His phone rang. He talked for a few minutes. It was his brother. The brother had an electrical problem on his truck and needed help with it. "What'cha goin' do?" he asked me. "I guess I'll go over and give him a hand, but I ain't goin' to take up no golf!"

After he left I continued on down the road toward Pilot Knob.

You can read all about the battle by clicking here.

I learned at the visitor's center the Courthouse in Ironton was damaged in the battle and the damage had been retained over the years. I rode over and saw the canon damage on the front of the Courthouse.

By the time I made it home I'd traveled a little over 250miles. I'd like to repeat this ride when the days are longer. I felt a bit rushed. Still, it was a great day.

What Have I Been Up to? 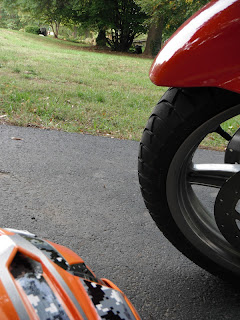 And, climbing rocks with Heather... 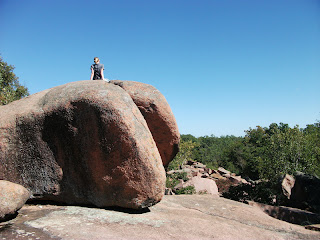 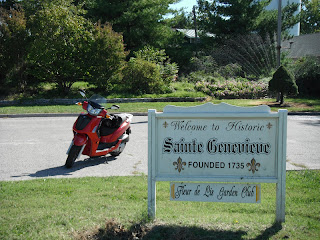 And, exploring Forest Park with Heather... 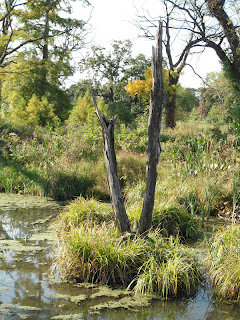 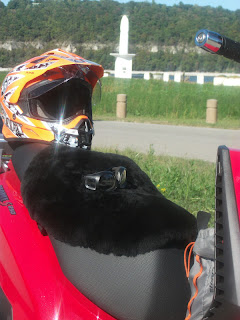 And, helping build a Sukkah... 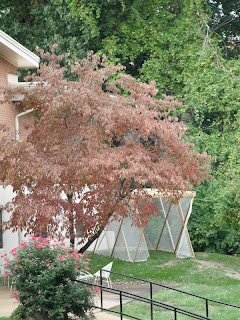 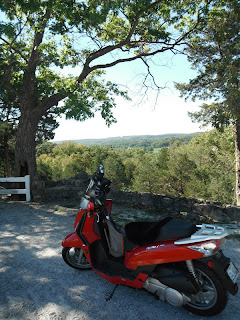 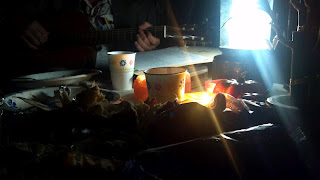 And, did I mention, riding? 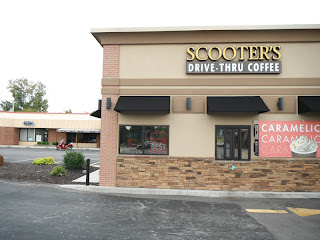 And, I've been keeping up with my daily postings over at Did He Ride Today?.

What have I been up to? I've been busy--good busy, but busy nonetheless.

What I haven't been doing to my satisfaction is keeping up with other folk's blogs and postings. This feels like my loss.