Today was my first ride of February. That's a long time between rides -- too long.

My first goal was to get out of the alley which I accomplished just fine. It was actually easier than I'd anticipated. My second goal was to get a photo of another stump sculpture I'd discovered in Kirkwood. 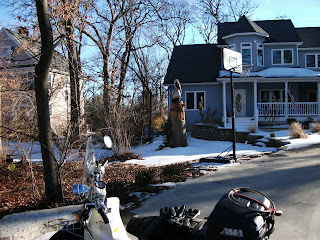 I spent the rest of the late afternoon ride just wandering around. There was lots of water from the run off of the snow melting.

The sun was getting low in the sky as I headed for home. 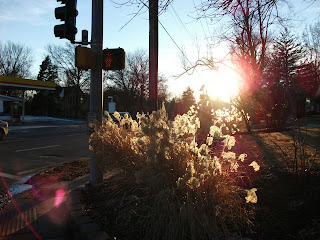 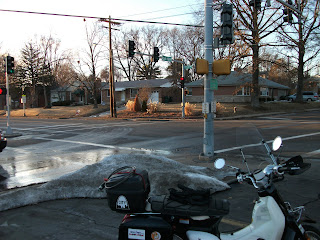 Getting back into the alley was a little more exciting than I liked, but I stayed up. It would have been a cold wet fall.

As I was putting Billie away I noticed a familiar smell in the air. Sure enough my neighbor had pulled out the lawn chair and was firing up the Barbecue.