While I'm not ready to believe the salt trucks are parked for the year and give Billie the bath she deserves. Today I did pull off the fabric windbreak I'd fashioned last Fall.

Today I actually went for a longish ride. It was a good news/bad news sort of ride.

The good news was I found a way over the Meramec River with which I'm comfortable.

One of the problems of having a small cc bike where I live is the rivers. To the north is the Missouri.  To the east is the Mississippi. And, to both the West and the South is the Meramec. The Meramec isn't as famous as the other two rivers, but like the others the bridges are all either part of the Interstate System and unavailable to me, or on divided highways, which are not the safest environment for riding.

The major bad news was in the process of finding my new route I ended up on a divided highway with Billie running WOT for over five miles. Actually, at first I thought this was good news. Billie was running at 55mph and everything was going great, and then came the hill, and then came the noise. It was a screeching metal on metal type of sound. Ironically, this was sort of good news. How could this noise be good news? Only in that it has happened before. Before when it happened I pulled onto the shoulder of the highway and made my way to the next exit. When I shifted down to second gear the noise stopped. I ran Billie for months without it happening again. The circumstances that day and the circumstances today were nearly identical. More good news, Billie reacted just as she did when it happened before. As before, I made it to the next exit, found a parking lot, and shut her down for a while. When we started back up all was fine.

More good news, I was where I could get on a divided highway for only a mile or so, cross the Meramec and drop off onto a secondary road. I had noticed this secondary road before when I was in my car. I had no idea where it went, but I figured today was a good day to find out. Plus I'd be back east of the Meramec and off of the divided highway with the speed limit of 65mph. This sounded like good news and it was.

To my pleasant surprise the road I was on, in fairly short order, wound its way to a road I'm very familiar with. It was wonderful. I went in a very short time from not knowing how far I was from home to feeling I was almost home.  This was the best news of the day.

Here's a few photos from the day. 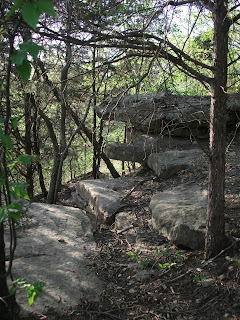 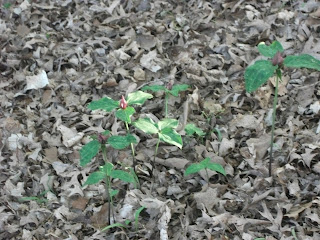 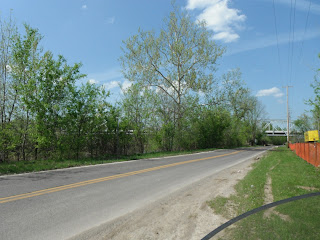