I Was Hoping For A Better Story

A window of time opened up for me to ride on Monday morning. It seems difficult for many to believe that most of my riding happens during the week or when it is raining. When the weekend comes or the weather is fine my first priority is Heather time. As it turned out she had some errands to run. This gave me some time to wander around the City a bit.

First on the agenda was to get a few pictures of the rehab project I've been following.


There has been a lot of progress since I last posted.
(  http://crcleblue.blogspot.com/2011/04/one-still-falling-down-and-another.html ) 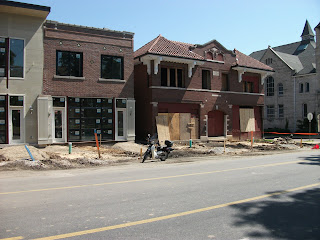 Now work has begun on the other building in earnest.

When last I posted about these building one comment reminded me that not only do buildings have a front, but they also have a back. So, I pulled around in the alley and sure enough . . . 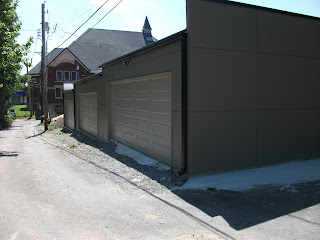 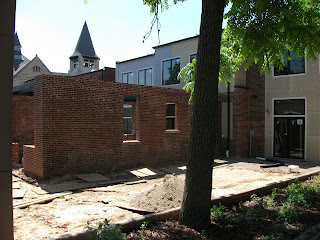 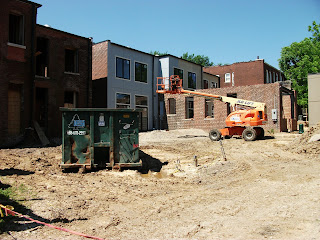 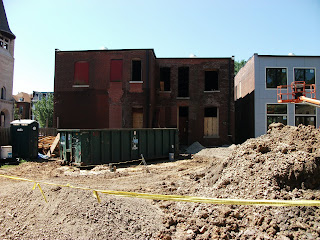 This is the back of the first building. It does look like it is going to take a lot of work. 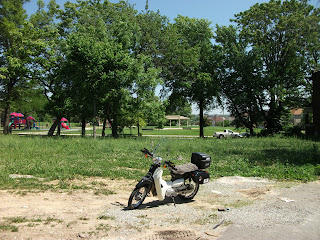 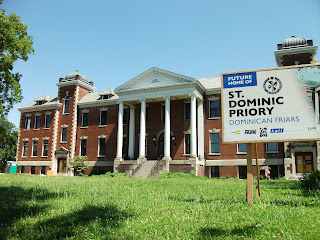 We ended up next to this old beauty that is getting a new life. 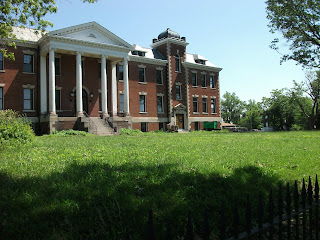 Over the front doors is the word "Loretto". I suspect this property has been in the Dominican family for some time. I'm delighted to see it is going to be put to use.

Next door to the future Priory is a house that my daughter has always admired. So, even though it is still on tough times I had to get a picture of it. 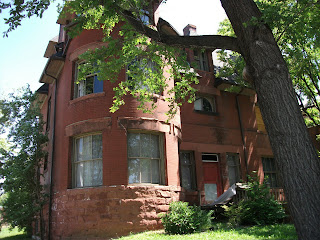 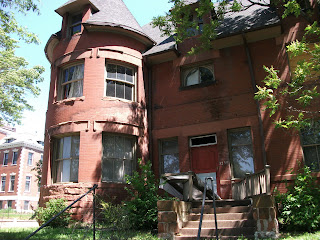 It would be nice if the development next door led to the reclaiming of this grand old home. It seems to be having an effect on the building on the other side of the Dominican Priory development. 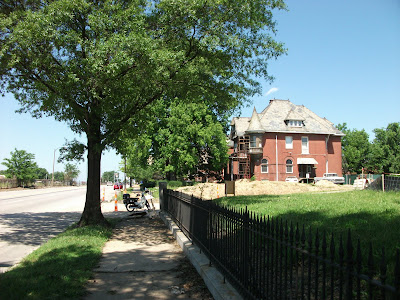 I mounted back up and almost immediately found myself on a part of the Saint Louis University campus I have never been on before. I parked up on the sidewalk to take a couple of pictures. As I dismounted I looked up to see a Police car coming down the street. I was sure I was going to get a "talking to", but instead we just waved to each other as he drove by. 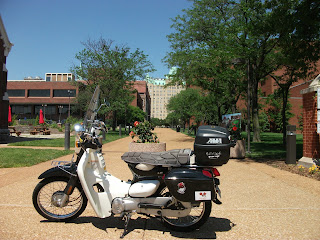 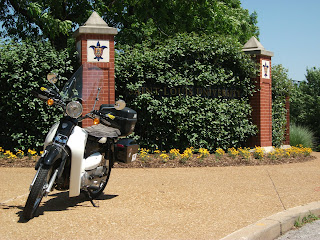 On my way back toward Manchester Ave., which is one of the routes that Route 66 took through St. Louis, we came across an urban farm. 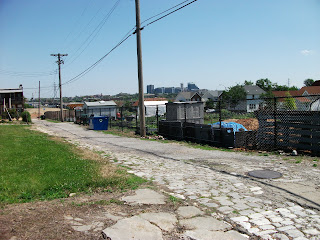 I've been wanting some photos of the murals that are showing up in The Grove. The Grove is a neighborhood seeking to reinvent itself. I'm told that in the 1850's this area was one of St. Louis' first subdivisions. As Manchester is a street that I often take when I'm riding Billie, I have found myself keeping an eye on the progress. 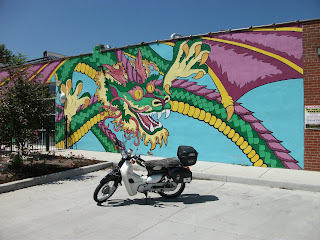 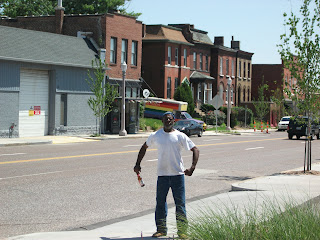 Of course, at the time I didn't know we'd found Bob. I was aiming my camera at another mural when I notice this guy striking a pose. So, I took his picture and walked over to show it to him. When he saw himself in the viewer he laughed. He thought he looked pretty damn good. He said his name was Bob Dixon and told me to not forget his name. It's not likely I will. 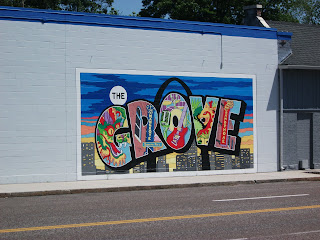 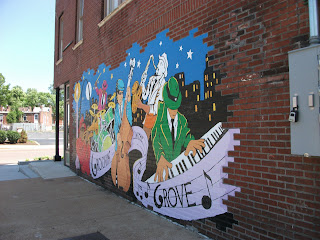 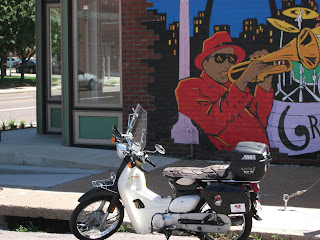 It was time to make my way home. I've been keeping another eye on a particular house with a rather large gargoyle in front. It certainly looked like it had a story. I've been hoping to catch someone out working in the yard so I could ask about it. As luck would have it, as I passed by the house on this day a couple were just pulling up to the house on their bicycles. It turned out they were the proud owners of the house and of the giant gargoyle.

The story? It seems the couple likes to ride their bicycles around the Holly Hills area. One time when riding through that neighborhood the guy saw a house with a gargoyle in front of it. He thought it was so cool and from that time on he wanted one. "Where did you find one?" I asked, "Tell me you didn't find it online."

"Actually, I did," he replied.

I will admit I was hoping for a better story, but I figured the story was good enough to post the photo. 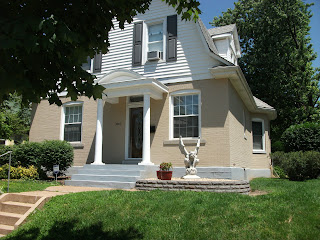