On the second day of our trip we became tourists. We did some sightseeing. On the recommendation of Mr. Everyday, Chris Luhman,  the author of Everyday Riding and Everyday Tastiness we stopped at Lake City, Minnesota.

Lake City is on Pepin Lake. The town was pretty deserted the day we were there. 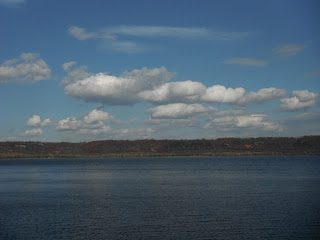 But, from looking at the boats that were being prepared for winter I imagine it is a pretty busy place in the warmer months. I was grateful to be here on a day when it was just pretty. 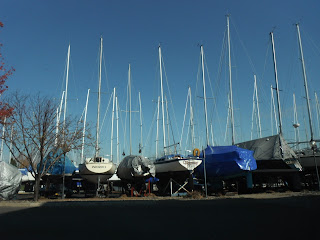 I'd never seen them shrink wrap boats for storage over the winter. I didn't even know they did such things now. I remember canvas and tarps tied around the boats in dry dock along the Great Lakes. I was fastinated watching the fellow using the blow touch to tighten the plastic. 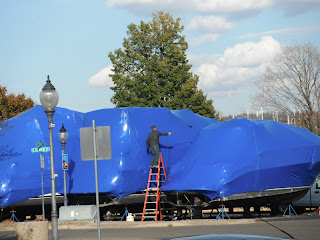 When we filled up the Yaris with Gasoline we asked about a good place to eat. A place called Bronk's was suggested. 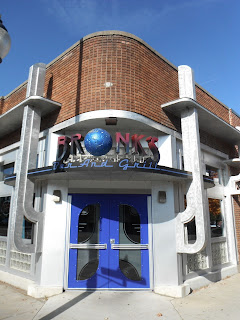 After driving the road from Lake City into the Twin Cities I suspected in the summer there would be a whole lot of Harley-Davidsons and other cruisers parked around this place. Later Chris confirmed my guess.


My favorite thing about the place was the sign on the men's room. 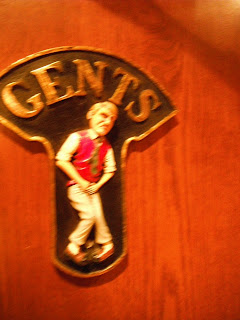 When we had finished eating we spent some time walking by the lake. 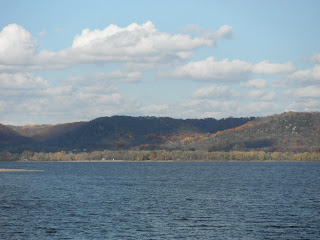 I admit I love being by the water. On water is okay. In the water I don't enjoy so much. But, next to the water is very dear to me. One of the things I miss living in St. Louis is the Great Lakes. There is something that feeds my deepest self about being next to such large bodies of water. I'm impressed with the power of the great rivers I live near, but they just aren't the same.

Eventually we pulled ourselves away. We headed up the Minnesota side of the Mississippi River to the Twin Cities. As we went one could still see the signs of agriculture . . .

but we were definitely back among the bluffs along the Great River. 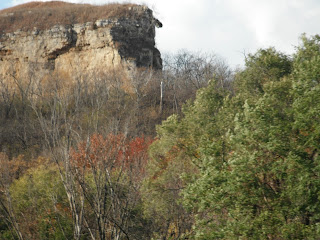