It was beginning to seem we were bewitched. Three times we tried to leave St. Louis. A trip in June to Virginia to visit my daughter had to be scuttled. A trip in July to visit my Dad and Sister in Michigan had to be canceled.  At the end of August plans to visit a friend I'd never met in Minnesota fell a part the very morning we were scheduled to leave. It was tempting to just surrender and stay put until another year, but we decided to make one last try. It worked! Finally we were able to break free and we headed north.

Day one of our trip took us through Iowa. For me Iowa, at least the part of Iowa we drove through, was all about the process of looking, rather than about sight seeing  I'm getting much better at looking since I began to ride scooters. No radio or CD going as we drove north. There is nothing wrong with either, but for me they nurture a passivity in my watching. Iowa calls for active looking. The route we chose wasn't a route for sight seeing but for looking, for catching glimpses of the life going on as we passed by. Sight seeing is about going somewhere to see something special. On the road we took there wasn't anything special to see, but there was plenty to look at if one was open to the land. It would have been easy to see nothing but corn, to endure Iowa as we made our progress to Minnesota and our real adventure.

Heather says Iowa is all about Corn. 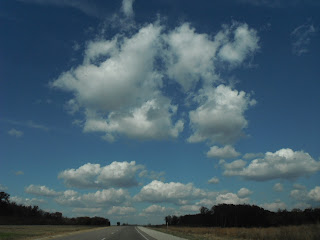 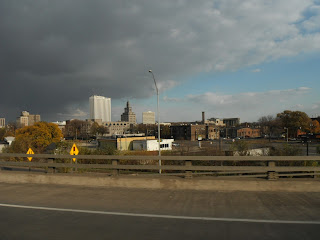 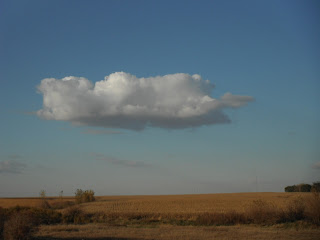 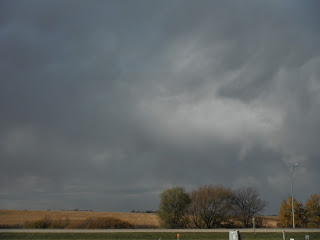 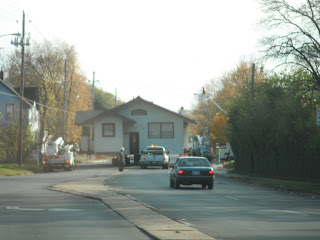 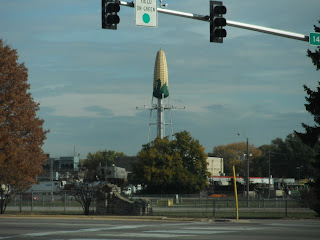 Even if this water tower was in Minnesota.