Festival of the Wolf*

Yesterday was Valentine's Day. The young man who often works the dinning room in the Cafe where I have lunch asked me if I was doing anything special to celebrate. I told him I was going to sacrifice two male goats and a dog, smear the blood from the goats on my face then wipe it off with wool dipped in milk. Next, after cutting thongs from the sacrificed goats I was planning to run around flogging women to promote fertility.

When I finished there was a silence--not awkward, but not comfortable either. Eventually he spoke, "That's rather elaborate isn't it?" I couldn't help but laugh. I went on to explained to him this was the way the Roman's celebrated the Wolf Festival every year on February 15. That is, until 496AD when Pope Gelasius banned the festival and declared February 14, St. Valentine's Day.

Happy  Festival of the Wolf! 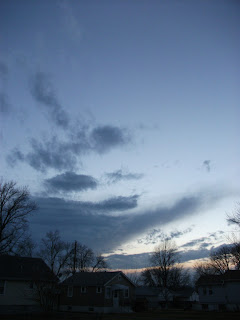 * I originally posted this as a comment to a post on Living Among Tourists. I often think I write better comments than I do blogposts. Thanks Martha for bringing out the best in me.
Posted by Keith - Circle Blue at 8:39 PM