Heather had to work last Saturday. It was a chilly and rainy day and seemed like the perfect sort of day to check out a few things I've been wanting to for awhile.

My destination was near Moscow Mills, Missouri a small town off of Hwy-61. It would be a relatively quick drive out there taking the Interstate and major divided highways, but what would the fun be in that. Besides one of the things I wanted to check out was an alternate route to St. Charles, Missouri where my son, daughter-in-law, and granddaughter live.

If I was taking Miss Billie this would have been an all day affair. I didn't have all day, so the Yaris was the ride of choice. I had "Googled" my destination and chose the options of no highways and no tolls. 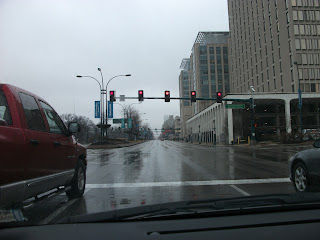 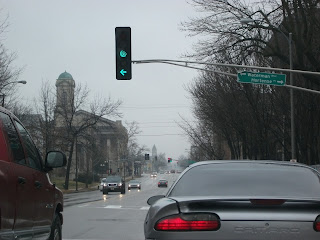 The first part of the drive was all urban. And, while I drove by some wonderful old structures, most of the route was through some of the more tattered and worn areas of the City.

I eventually crossed the Missouri River on Lindbergh Ave. This was the first time I'd ever crossed here. It appears it would be a good place for Miss Billie and I to cross this great river, but I certainly wasn't much fond of the route to get there. There has to be a better way.

Once I turned on to Route 94 the terrain changed. I was on the flood plain between the two great rivers. It was wetlands, farmland, and all very, very flat.


The mist and fog can even give an air of mystery to a power generating plant. 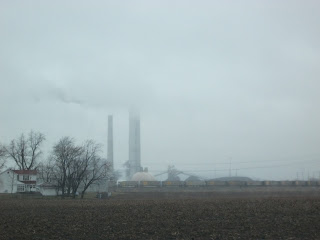 And, I didn't find this sign hard to believe at all. 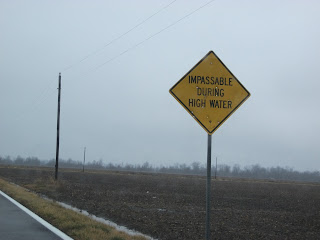 I know what it is like to be snowed in. I suspect the folks who own this house have some experience with being flooded in. 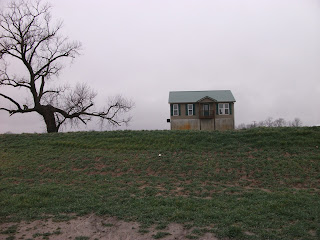 West of St.Charles the terrain changed and it was more hilly and wooded. 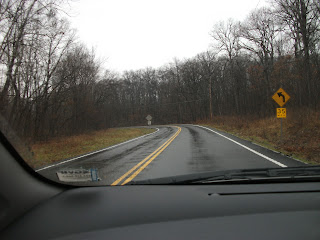 My first destination was Lincoln Power Sports outside Moscow Mills.

But first a little history. One of the things I love about Miss Billie is her 16inch wheels. Another thing is her gas mileage. These were two of the three things which led me to chose the Symba. The third was the ability to experience shifting without having to bother with a clutch. Miss Billie has an automatic clutch. I wondered if I'd like shifting. I'd driven manual transmission cars and trucks up until a few years ago. I was convince if I got an automatic I'd miss the control that shifting gave me...that I'd miss going through the gears. When I did get an automatic I found I didn't miss any of that. I'd be quite happy to never own a manual shift car again.

But, what about scooters/motorcycles. I thought the Symba would be a nice way to experiment. My first scooter was a twist and go. I liked it and my suspicion was I wouldn't find shifting scooter/motorcycle any more essential than I found it to be in a car.

I will admit I've always felt Miss Billie was meant to be one of two scooters. The Symba is close to perfect for my daily commute and for puttering around the City. 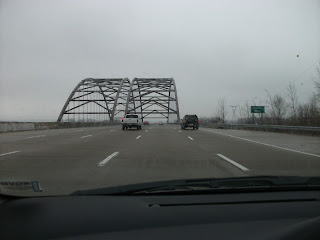 But traveling across the Missouri River to get to St. Charles necessitates riding on the above road. It is rather an adventure. A bigger bike/scooter would certainly make riding over the Page Extension a much more enjoyable experience. Plus, I have in mind I want to photograph every Circuit Courthouse in Missouri. I could do that on the Symba, but it would take some time...some very long time.

I pretty broke, but it doesn't cost anything to look. Lincoln Power Sports had a new 2008 250 People S. I wanted to sit on it. 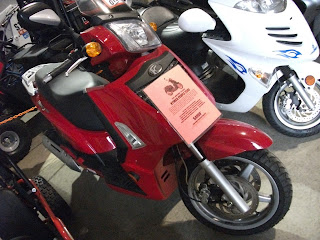 I didn't have them pull it out. I just wanted to sit on it. Last Fall I test rode a Genuine Blur 220i and my knees kept bumping into the handlebars. Not a good thing. I wondered how the People would be. 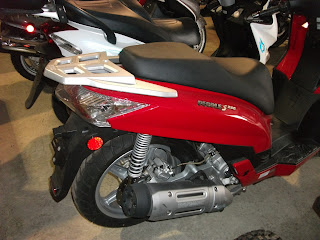 It fit me fine and it doesn't have a big bulbous butt like some maxi-scooters do. Also, it has 16 inch wheels and the color is certainly right.

While I was there I also sat on a Xciting 500i. I wasn't expecting too think much of this scooter. 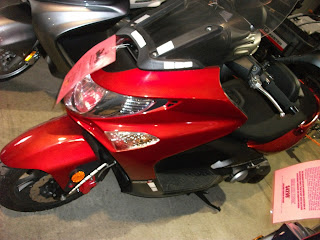 I was surprised how comfortable it was. Heather thinks it looks to "insecty". That's not a problem for me. However, its butt is awfully close to being bulbous and its tires are smaller than the People. Heaven knows it would certainly take me anywhere I wanted to go. Truthfully, I suspect the People would take me anywhere I want to go and use less gasoline getting me there. And, gas mileage will be an important consideration in any future purchase I do make.

Perhaps on a day when it isn't raining I'll go back and  test ride the People.  It doesn't cost any more to test ride than to look does it?

I tore myself away from things that were shiny and made my way back to St. Charles and a visit with da' kids. 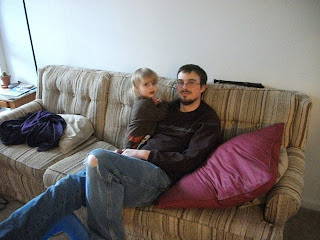 I suspect if I had a People 250 S or even that Xciting 500i I'd just have to ride it over to St. Charles more often to visit them, don't you?