I Knew It Had Seen Better Days, Part 3

The building I've been watching break open and  fall down received some help. 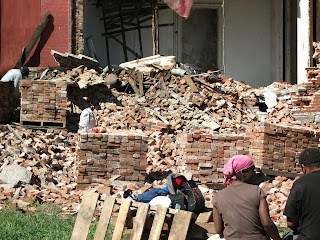 First there were some folks sorting through the bricks. It looked like hard work. And, this day was warm. 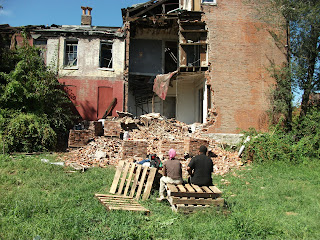 Then a couple of weeks later in came some bigger equipment. 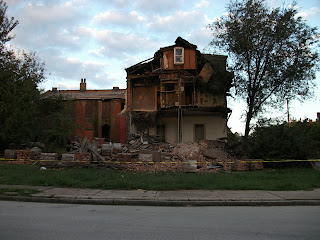 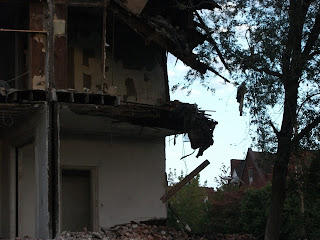 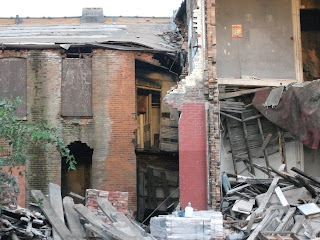 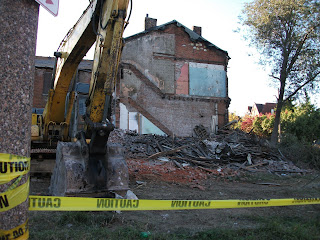 the really big equipment was brought in. 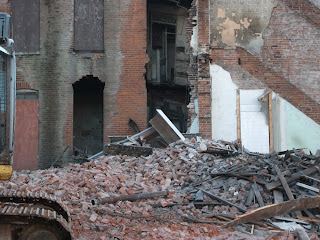 It seemed strange to see the imprint of where the stairs had been. 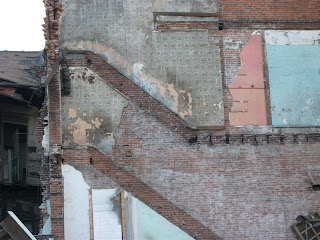 It was a little eerie to see the layers of old paint and wallpaper. It was like being a peeping Tom and catching a glimpse of this old dwellings underthings. 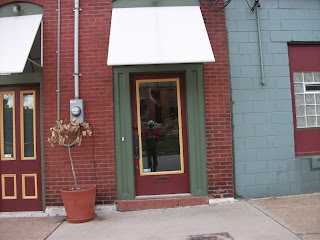 I had thought they were about half done. That those tearing down the building were taking a break and any day I would see the progress of the destruction reach all the way to the building that is still occupied. But, I was mistaken. The hole where the basement had been dug out has been filled in. The area has been seeded and covered with straw. 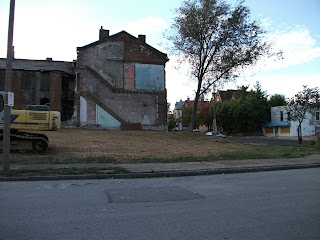 I wonder what is going to happen next. Could they really be through?

When I first observed the cracking of the building I took this picture from the other street. I guess this is the before picture. 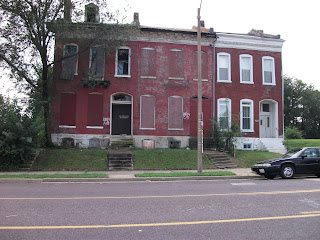 And this would be the after picture. 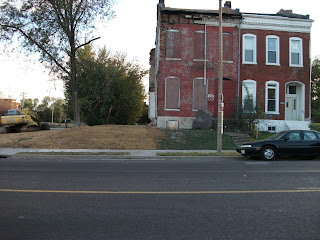 There are people living in the townhouse where the car is parked.

And, now there are cats happily roaming the ruins. I suspect they are enjoying good hunting. 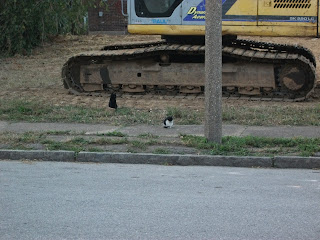 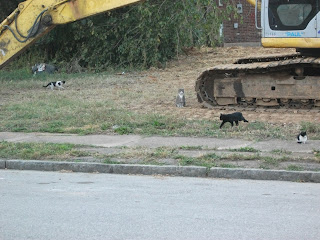 I'm interested to see if there is more to this story. One of the joys I've found in urban commuting is the way the neighborhoods I travel through are constantly changing character. It is never the same from day to day.

Email ThisBlogThis!Share to TwitterShare to FacebookShare to Pinterest
Labels: Buildings