While It Was Still Warm

It seems someone must of prayed for seasonal weather. This morning the Spring like temperatures were gone. The forecasters were telling us the beginning of the week could bring the coldest temperatures of the season. I figured I'd better get a ride in while it was still warm. 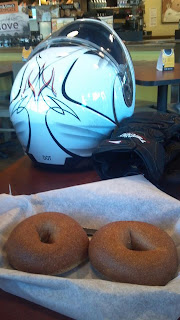 The first stop of the day brought me bagels, nice warm bagels. 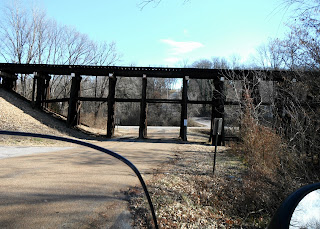 My second stop was somewhere along Rte.61. I like the wood railroad trestles that span some of the side roads. I decided today was the day to get a photo of one. 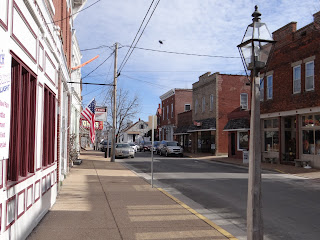 My third stop was in Ste. Genevieve. 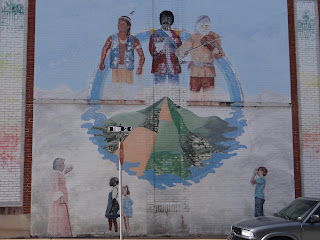 After Ste Genevieve I meandered over to Rte.67 and zoomed toward home. I learned two things on Rte.67: Isabelle is much happier going 65mph(indicated) than I am; and, I need something to give my throttle hand a break.

But before I went home I made a fourth stop at Bee Tree Park. 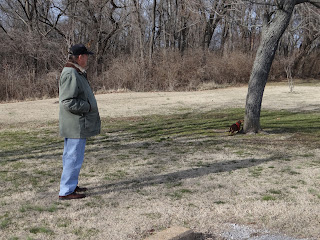 At Bee Tree Park I met a man and his wiener dog. He came over as I was parking Isabelle. He told me it was a really nice looking machine. He also told me he used to ride a 750 Honda. He'd had a tumor removed from his wrist and couldn't work the throttle and the brake at the same time. He tried to ride it for a couple of years after the operation, but finally decided he was a danger to himself and others. I told him I'd been to Ste Genevieve and over "Y" to 67 and back in. I'd stop at the Park in hopes of seeing some robins. He told me I should have been there a couple weekends ago. There were flocks of robins. He'd never seen so many robins. I told him I'd seen the same thing, but I was at the Botanical Gardens.


I did see a few robins, but nothing like what I'd seen a couple of weeks before. I'm thinking we must have witnessed a migratory event.


I'm growing more and more fond of Isabelle. Today's ride was a little over 190mi/305km and it was nice, smooth, and drama free. 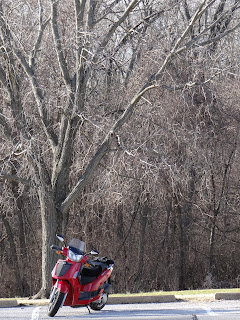