Last Sunday we were on a trail at Columbia Bottom Conservation Area. 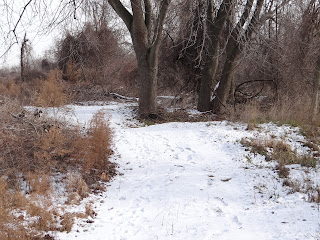 I saw a coyote. I saw it three times. The first time Heather didn't see it. It came out of the woods ahead of us, saw us, and hightailed it back into the woods. The second time I saw it Heather saw it, too. It was up on the paved part of the Confluence Trail, but by the time I got the camera out it was gone. 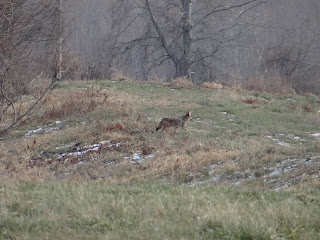 A second good omen for 2013 was having both my son and daughter in town for New Years. It was a treat for me and it was the first time I'd met my daughter's beloved even though they been together for years. She lives back East and we don't get together near enough. 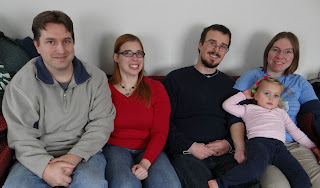 Two omens would have been enough to raise my hopes for 2013, but there was a third good omen. After the family time and partaking of some great East Indian food I was able to get out for a short ride . It was 4pmCST when I pulled out of the alley. There was a nice chill in the air. 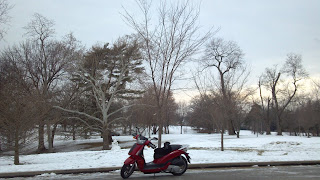 It was a nice temperate 26F/-3C when I took off and it pretty much stayed the same temperature all the while I was out and about. 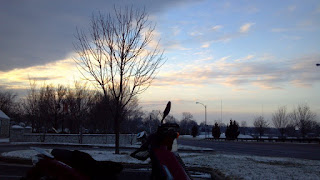 I was out for about an hour with probably fifty minutes of saddle time.

And, although it is hard to believe, there was even a fourth good omen leading me into the New Year. 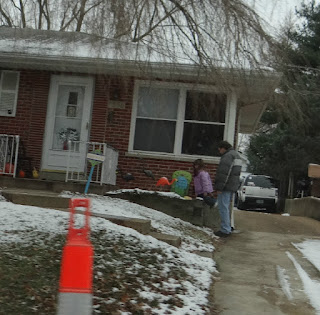 While on my ride I discovered these flamingos. They were on a street I often travel. I think they are new. Yay!