Alas, All Good Things Seem To Have To Come To An End

After breakfast Heather and I walked to the bank and then did some shopping. The roads were fine. We could have driven, but it was right around the freezing mark and it was just a delight to walk.

I seldom get to use my snowshoes and heaven knows I certainly didn't need them today, but after Heather and I finished our walk together I headed over to Francis Park with snowshoes in hand.

It was going to be one of those days where it snowed all day long.


I meandered throughout the park stopping occasionally to take a photo. 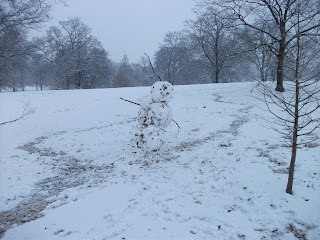 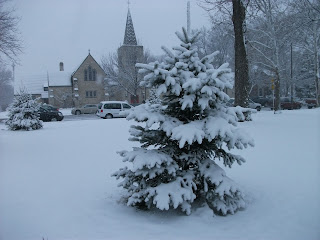 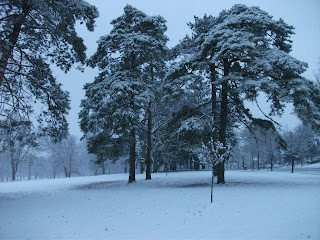 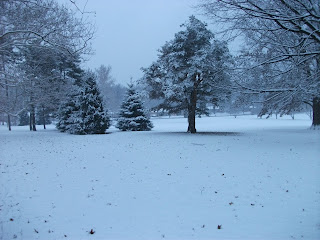 Eventually I came upon an area where children were sliding down a small hill. As I was watching the children play a car came up and parked near where I was standing. A man and his daughter were got out of the car. She had a saucer to slide down the hill. The man and I chatted. Come to find out they were visiting from Sydney, Australia. They'd never been in snow before. I asked him if he'd take my picture. So there you have it: A man from Australia taking the picture of a man snowshoeing in St. Louis, Missouri on Christmas Eve Day. I wonder how often that has happened.

I continued on my way, crisscrossing the park and taking more photos. 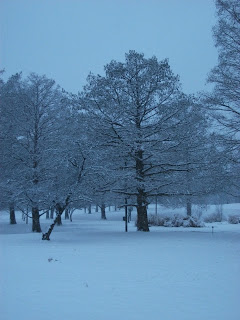 Darkness descended but I was reluctant to call it a day. Alas, all good things seem to have to come to an end. So one more picture.


At the edge of the Park I took off my snowshoes and headed home. I was surprised to discover how much more difficult it was to walk on the snow covered sidewalk than it had been walking on the snow in the park. I guess the snowshoes ended up not being superfluous after all.

It is definitely going to be a White Christmas here in the Heartland. May all your blessings be obvious during this wondrous Season and may all your Christmases be merry!
Posted by Keith - Circle Blue at 8:38 PM