Another Wonderful Weekend In The Heartland

I ride and poke around on trails looking for wonder. Today I saw a red maple leaf on the tarvy of the parking lot. It was resting on its stem and two other points. It was beautiful, yet I knew if I picked it up and took it home it would be out of place. It would be just another leaf. Often context is everything. I tried to take a photo, but I was rushed and none of them turned out. Oh well, I'm not sure the moment would have translated well.

Yesterday Heather and I were at Klondike Park in St. Charles County. It was amazingly warm for the first day of December. We were walking around the trails without jackets. We had never been to Klondike Park before. It is the site of an old silica quarry. I hadn't put together sand and silica until we began walking around the lake. There was white sand everywhere. It gave the landscape a look of being covered with a dusting of snow. 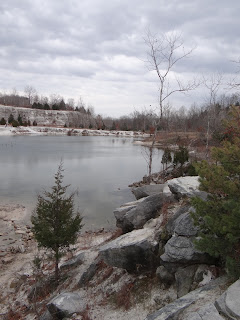 I'm afraid I was much taken with the area around the lake and we didn't have as much time to explore the rest of the park as we planned. Still there were wonders to be found in the woods. 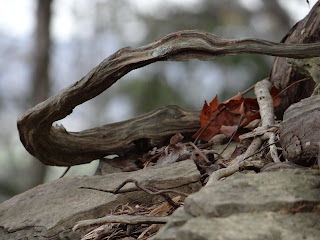 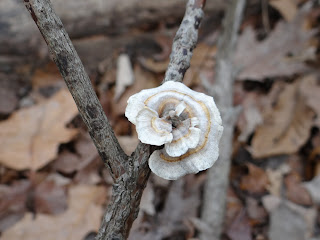 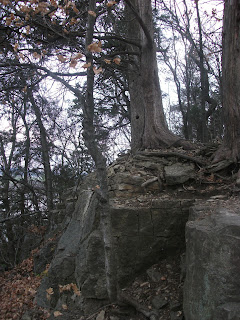 There was even the most rare of occurrences. Heather agreed to have her photo taken. 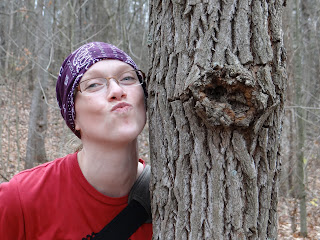 Maggie, my friend, told me to be on the look out for a goat she had seen in the Park when she visited there back in 2008. I didn't see any goats, but on the way home we stopped for a bite to eat and did see this: 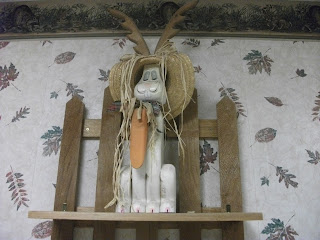 
Today, I had to break back out the summer gear. It was 75F/24C when I left the Condo. I really didn't have a destination in mind. I just wanted to ride. I ended up at Cliff Cave Park.  I found myself wondering how low the Mississippi River had gotten.

When I arrived at the Park it was swarming with people. I finally found a parking place. 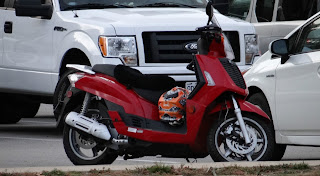 Yep the River is very low. 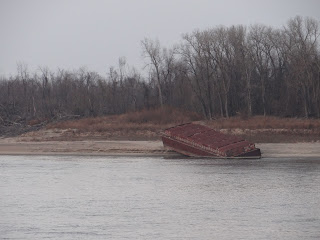 I was surprised to see any river traffic at all. 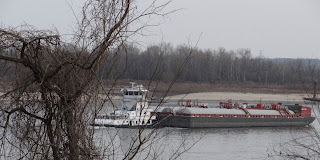 This barge looks empty, doesn't it?


There also was an Army Corp of Engineers vessel. 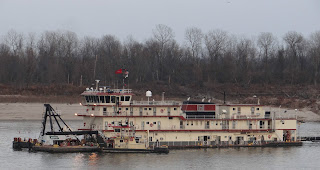 But, as so often happens I found wonder in the sky. 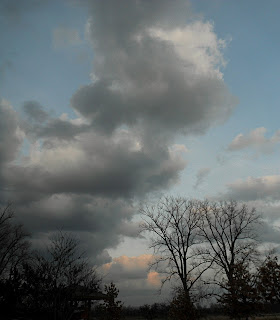 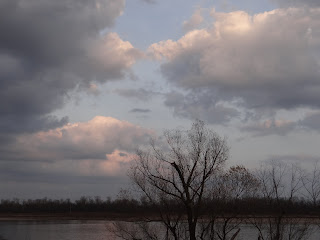 With it being so warm the darkness seemed to come cruelly early. 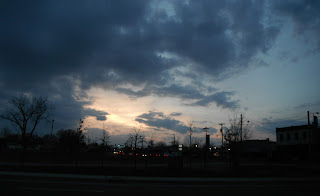 I ended up riding home in the dark, which was just fine by me.