Last night I witnessed and was immersed in surprise.

Some of the people I've had the privilege of making music with and the greater privilege of calling friends were doing a dress rehearsal for a gig coming up this weekend. Last year, this incredibly diverse group of musicians came together and created a Hanukkah performance piece like no other. It became an album. And, now its performance is turning into an annual event.   The venue for the actual performance is a night club called Off Broadway. The venue for this dress rehearsal was a apartment complex for elders located on the campus of the Jewish Community Center. It is difficult to imagine two more different venues.

The surprise came when the audience of elders made it very clear they not only liked the material, they loved it.

I think it surprised the audience, but I'm positive it surprised the musicians. How would you expect your "eighty something" relatives to react to a mix of electronica, straight jazz, poetry, some Benny Goodman clarinet, combined with a few remnants of the music of their youth?

I don't know what the expectations were of the musicians, but whatever they were the reality of what played out was richer.

Here's a link to a piece documenting last night's event. Click on the link and look at the faces of both the musicians and the audience.

And, here's a link to the album if you want to get a better and bigger taste of the music.

The type of surprise that blossomed last night is a powerful thing. It is the stuff which can change a life.

And, now for a little moto-content. My coming to riding had something kin to this type of surprise. As I've said often before, heaven knows I wasn't expecting to enjoy riding. I merely wanted to save a little on gas money and squeeze a few more miles out of my aging Ford Windstar. No matter my expectations, the reality was much richer. 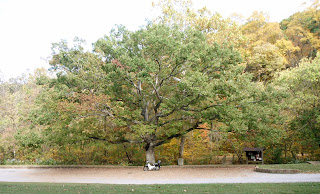